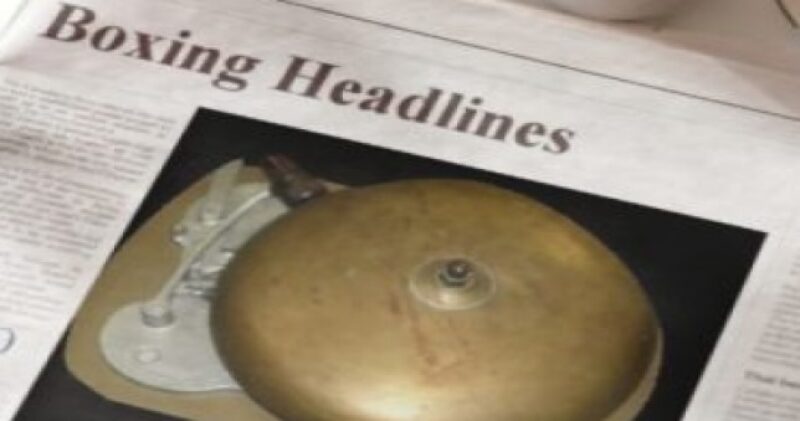 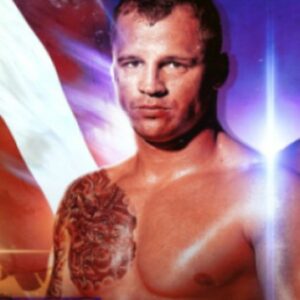 The Latvian boxing star was fighting for the first time since capturing the coveted Muhammad Ali Trophy in the final of the World Boxing Super Series tournament against former WBA and IBF World Champion Yuniel Dorticos.

The 36-year-old from Riga was cheered into the ring by his passionate home support who were in attendance to see the three-time world ruler win his fifth major world title fight and claim his twentieth career knockout.

Mann looked to meet Briedis in the Centre of the ring but was out boxed by the champion who sent the former WBO International title holder to the canvas once in the second round and twice in the third before the referee called a halt to the action.

“Thank you to all the fans who came to support me. You are fantastic,” said Briedis after the bout. “My opponent was not easy. We prepared very well for this fight and invested a lot of time and work. I am happy to defend my titles and I look forward to collecting more belts soon.”

“That was a great performance by Mairis,” said promoter Kalle Sauerland. “Tonight, he showed once again why he is the man to beat at 200lbs. There are a lot of big fights out there for him. A unification with Lawrence Okolie, a mandatory defense against Jai Opetaia or a move up to Heavyweight. Mairis has already proven he is the number one in the division and now it’s about securing legacy defining fights. 2022 is going to be a massive year for him.”

British boxer Harlem Eubank made his promotional debut for Wasserman Boxing on the undercard in Riga. The 27-year-old Super Lightweight from Brighton, who is the cousin of Wasserman stablemate Chris Eubank Jr, moves to 12-0 following a stoppage victory over Nika Nakashidze. 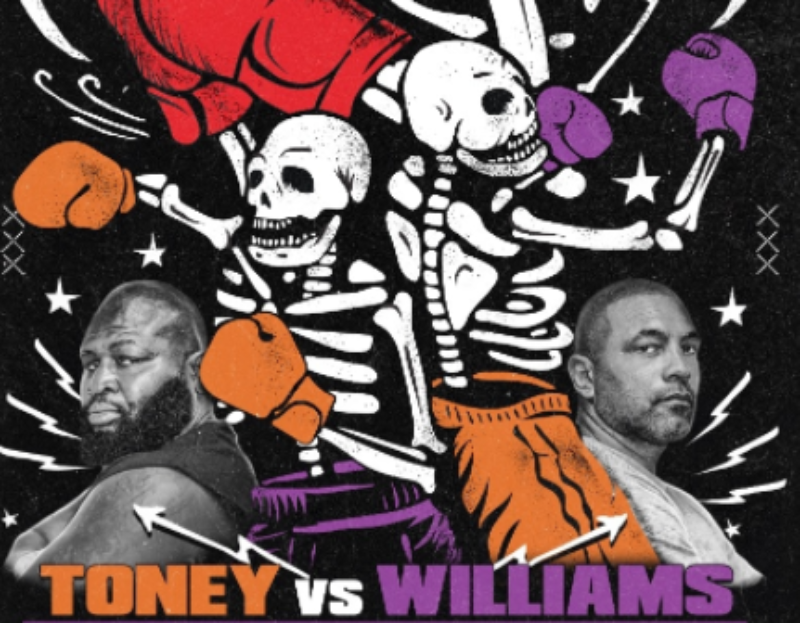 On Friday, October 29, legendary three-weight world champion and all-time-great James “Lights Out” Toney (77-10-3, 47 KOs) will make a very special return to the ring to face murderous-punching Jeremy “Half-Man, Half-Amazing” Williams (43-5-1, 35 KOs) in an eight-round exhibition bout that will serve as the main event of “Battle of the KO Kings,” a seven-fight night of free professional boxing, presented by Blue Moon Boxing at the Palenque de la Feria San Marcos in Aguascalientes, Mexico and can be accessed by signing up on the promotion companies website.

Although the event is scheduled as an exhibition, both Toney and Williams say they aren’t travelling to Aguascalientes, Mexico to play.

A legendary warrior, 53-year-old Toney, originally from Grand Rapids, Michigan, held the lineal middleweight championship from 1991 to 1993, the IBF super middleweight title from 1993 to 1994, and won the IBF cruiserweight title in 2003. Toney also challenged twice for a world heavyweight title in 2005 and 2006 and, overall, competed in 15 world title fights spanning four weight classes.

Despite his proven ability to rock much larger opponents with his natural punching power, Toney is best known as a “throwback” defensive and counterpunching specialist, who often preferred to fight off the ropes. Voted Fighter of the Year, both by The Ring magazine and the Boxing Writers Association of America in 1991 and 2003, Toney was named the tenth best middleweight of the last 50 years by The Ring magazine in 2011. An incredibly tough fighter with an unbreakable will, of Toney’s 10 professional defeats, none ended by way of stoppage.

“There’s no such thing as a boxing exhibition,” said Toney in his customarily aggressive manner. “I’m a fighter. I’ll be there to turn the lights out. Evander (Holyfield) thought he was doing an exhibition for fun and he got embarrassed. I don’t play. I’m going to knock his ass out. Call it whatever you want.”

The 49-year-old Williams, one of the most feared heavyweight punchers of the last 30 years, began his career at cruiserweight, but moved up and won the WBC Continental Americas Heavyweight Championship twice, with two of his 35 knockouts coming, incredibly, before 30 seconds of the first round. Williams was trained in Catskill, New York, by the team (Bill Cayton and Kevin Rooney) that produced former heavyweight champion Mike Tyson. He holds a victory over former title challenger “Smokin’ Bert Cooper and fought former world champion Al “Ice” Cole to a draw.

“James Toney is not a true heavyweight and even they can’t take my punches,” said an excited Williams, “I’m a smaller guy with fast hands, he won’t be able to use his smaller size to outmaneuver me. And I punch a lot harder than he does! It’s a matter of time before I catch him with something and finish him for good.”

Todd Lewis, VP of Operations for Blue Moon Boxing, says despite the bravado shown by both warriors, every commission-advised safeguard will be followed in presenting this match-up of ring legends past. And while a stadium full of ticket buyers would be an ideal situation for the fight, the Covid-induced reality is a lot different.

“The commission here is very concerned with the safety of all fighters and they are dictating all the necessary precautions, which will be vigorously followed,” said Lewis. “While we love the idea of seeing these two rivals throw down again, we are not in the business of having a retired fighter take a sustained beating on our air.”

Toney vs. Williams will be supported by up to six televised undercard bouts, which will be announced shortly.

RUMBLE IN RIGA: BRIEDIS AND MANN COME FACE-TO-FACE FOR FIRST TIME AHEAD OF WORLD TITLE CLASH

Mairis Briedis (27-1, 19 KOs) and Artur Mann (17-1, 9 KOs) came face-to-face for the first time today at the Porsche Center Riga for a kick-off press conference ahead of their IBF and Ring Magazine World Cruiserweight Title clash on October 16 at the Arena Riga in Latvia.

Briedis has turned the Arena Riga into a hometown fortress with unforgettable nights against Mike Perez, Oleksandr Usyk and Krzysztof Glowacki in recent years. The 36-year-old will now return for the first time since his June 2019 victory over Glowacki to defend the belts he claimed when defeating Yuniel Dorticos in the final of the World Boxing Super Series in September 2020 to establish himself as the number one Cruiserweight on the planet.

“Of course, it will be a great pleasure to return to the Arena Riga to defend my IBF and Ring Magazine Titles in front of my Latvian fans,” said Briedis. “My opponent Artur Mann is an experienced and unpredictable boxer. I have watched many of his fights and each one has been different. In Arena Riga, we will see real boxing, not old masters like Holyfield or YouTubers. I hope people who love boxing will come to the show to witness a real fight.”

Artur Mann, the former WBO International Champion and IBO World Cruiserweight Title challenger, appeared in a confident mood insisting all the pressure was on his opponent ahead of their hotly anticipated World Title fight.

“I’m very excited to get this opportunity to fight Mairis Briedis for his World Titles,” said Mann. “I would like thank Kalle Sauerland and Wasserman Boxing for making this fight. This is not a new situation for me. I know the game and I have fought all over the globe. When the bell rings, I will be ready. It doesn’t matter how many people are in the arena supporting Briedis. There is no pressure on me. All the pressure is on him. I’ve got nothing to lose.”

Promoter Kalle Sauerland said he is delighted to be returning to Riga and is looking forward to soaking up the ‘red-hot atmosphere’ on October 16.

“Viva Las Rigas,” exclaimed Sauerland. “We’ve had some fantastic nights at the Arena Riga with Mairis Briedis and we’re delighted to be back with another big event. Mairis has put Riga on the boxing map. It is now known all over the world as a place with a red-hot boxing atmosphere. On October 16, we have another massive event. The absolute number one Cruiserweight in the division against the number six in the world – a young, hungry German challenger, who I’m sure will be looking to take his chance. But Mairis is focused and he intends to prove that Latvia still has the number one Cruiserweight boxer in the world.” 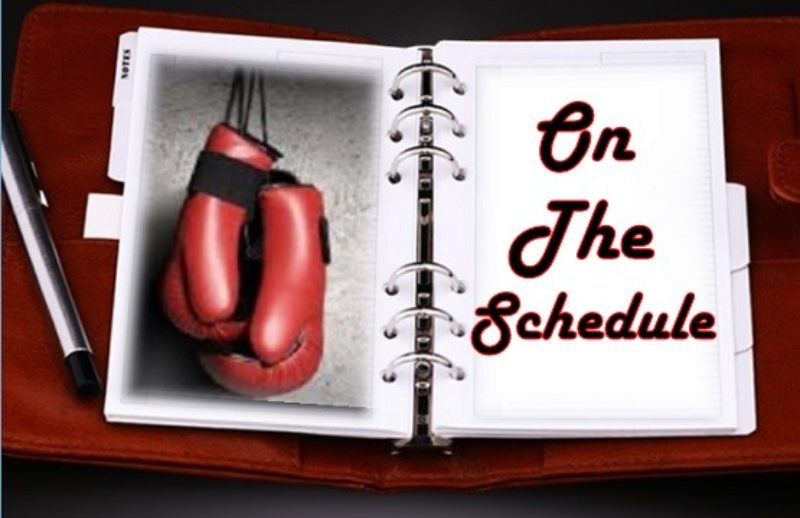 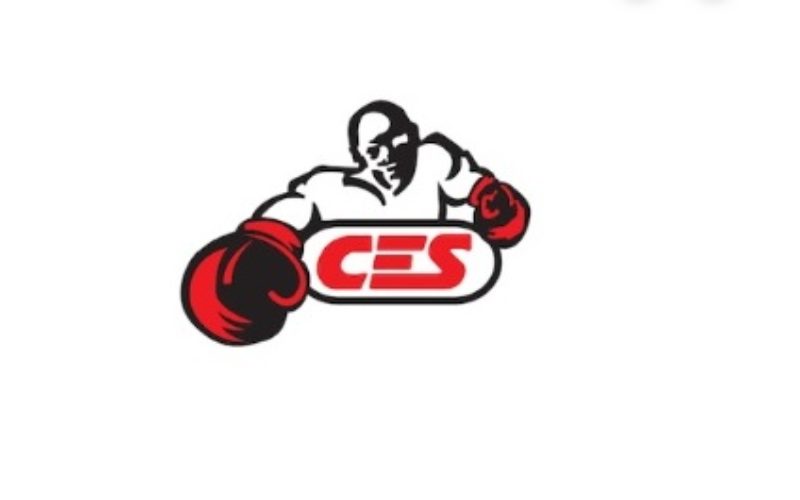 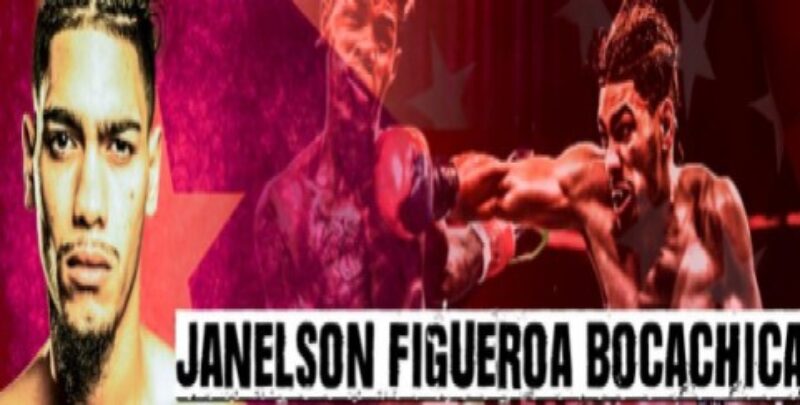 The 5′ 10″ and 22-year-old Figueroa Bocachica (17-0, 11 KOs) is a proud Puerto Rican/American who hails from Southwest Detroit. Before turning pro at the tender age of 17, Figueroa Bocachica scored victories over current fellow undefeated professional prospects Charles Conwell and Brandun Lee, while winning multiple city/state titles. He finished the unpaid ranks with a record of 60-5.

Describing himself as an “aggressive technician,” Figueroa Bocachica trains with his father, Nelson Figueroa, at the Downtown Boxing Gym in Detroit.

“Man, big things are going on in Detroit,” said Bocachica of signing with Michigan-based New Yorker Salita. “They are doing big shows and I want to be a part of that, so I’m in the right spot to prove myself against every opponent I face. I want all the belts in multiple divisions!”

Figueroa Bocachica has come up big in nationally televised showcases in his last two fights. In October 2020, he needed less than a round to stop and drop Puerto Rico’s then 9-1 Nicklaus Flaz. The capable Flaz was down three times from the accurate bombs of Figueroa Bocachica. And then, in February of this year, he took an entertaining majority 10-round decision over formerly undefeated Mark Reyes Jr.

“I’ve always known that Janelson was a special kid – I just didn’t realize how quickly he’d prove it to everybody else!” said his manager, David McWater. “He’s the rare type of the fighter that not only has devastating one-punch power but can really box as well. Teaming with Salita Promotions will allow Janelson to get all the right opportunities to become the next big Detroit boxing star and we’re just thrilled for the future.”

Both of Figueroa Bocachica’s co-promoters say they are pleased with the deal and looking forward to pairing up on more exciting prospects.

“I’m happy to be partnering with Salita Promotions in helping to develop one of the very best Welterweights in the world,” said Marshall Kauffman, President of Kings Promotions. “I look forward to doing more business with Dmitriy in the near future with many more boxers.”

“Janelson Figueroa is one of the best American prospects,” said Dmitriy Salita, President of Salita Promotions. “He got his start at the Kronk Gym in Detroit and I believe that he has all the tools to be the next welterweight world champion from Detroit. I’m happy to be working with Marshall Kauffman on building the next great champion from the Motor City.”