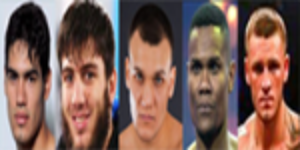 After weeks hearing over and over numerous pundits and several sources announce that the winner of Smith Jr. vs Hart lightheavyweight match-up would be meeting the victor of Alvarez / Seals, how did we end with Gilberto Ramirez vs. Eleider Alvarez and Umar Salamov vs. Maxim Vlasov as the division eliminators? I just can’t do the WBO math somehow leaving the heavy handed “Beast” Smith Jr. out of the two final eliminators.

When I started to peruse the confusing WBO rankings, immediately putting aside sport politics with Canelo jumping the line getting a title claiming shot at Sergey Kovalev, November 2019, I could not find a single stream of reasoning behind the rankings. (Note: Yarde ranked #1 losing to Kovalev in August was dropped to #9 behind Gilbert Ramirez, Dominic Boesel, Umar Salamov, Jesse Hart, Maxim Vlasov, Robert Parzeczewski and Eleider Alvarez with Saul “Canelo” Alvarez replacing Yarde at #1 without a single fight in the division.

Continuing on I discovered that Gilberto Ramirez, not ranked in April, jumped to #2 spot behind Anthony Yarde following just his first fight at 175lbs, a fourth-round stoppage win over journeyman, Thomas Karpency.

Then June 2019, I found that Philly’s, Jesse Hart after his just first and only fight in the light heavyweight division a ten round unanimous decision win over #7 ranked Sullivan Barrera landed at #5 behind #4 Umar Salamov ahead of #6 Robert Parzeczewski, #7 Maxim Vlasov and then #8 Eleider Alvarez.

With those facts at hand I can’t figure the reasoning how it is Joe Smith Jr. coming into the Hart fight off a unanimous decision loss to unbeaten light heavy power house and WBA Champion, Dmitry Bivol demonstrably beating the now WBO #3 ranked Jesse Hart only land at #5 and not in Harts #3 position.

Then after the Smith one sided victory over Hart,  hearing Top Rank CEO and charge Bob Arum openly criticizing the split decision scoring declare “We have a good light heavyweight fight next week in Eleider Alvarez vs Michael Seals and I would like [Smith] to fight the winner of that fight” I then would witness another weird WBO shuffle.

A week later seeing WBO #7, Eider Alvarez stop out of the top fifteen, Michael Seals in three rounds the curious WBO rankings “reorder” would move Alvarez to #4 and Maxim Vlasov (after losing to Krzysztof Glowacki jumped into the top fifteen at the #7 spot in June 2019 with a win over non-top fifteen Omar Garcia) for some unknown reason was moved to Jesse Harts spot at #3.

Keeping in mind Ramirez and Hart’s ranking at #1 and #3 respectively coming after just one fight in the division, how is it Smith Jr. a 28 fight, career light heavy paying the WBO sanctioning fees claiming the World Boxing Organisation NABO Light Heavy Title with a with a one sided win over #3 Hart lands at #5 and the (Smith Jr.) proposed opponent #7 Alvarez leap frogs “The Beast” to #4 after a win over an out of the top fifteen fighter Seals.

Not sure what I’m missing but I find myself asking several questions with two standing large and up front. First, how exactly and what formula does the WBO use to calculate its rankings.

Second, without a sound from the New Jersey Boxing Commmision or the WBO concerning any investigation into the judge James Kinney scoring of the Smith Jr. / Hart bout how much did that very suspicious, still uninvestigated, perplexing, unethical split decision scoring affect the result ultimately leaving Smith frozen out of the eliminator bracket at #5.

Anyone with the answers please enlighten me at pkboxing@aol.com

“The Song Remains the Same” Nothing Settled In Canelo / Golovkin Final Judgement! 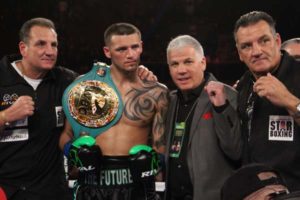 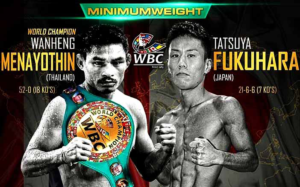 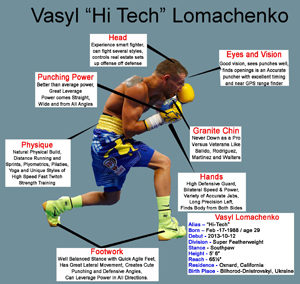 Today’s Boxing and “The Sweet Science!