Rising super featherweight prospect Misael Lopez (11-0) has signed a multi-year managerial contract with Sugar’s Boxing and Greg Hannely. The exciting Lopez was born in the boxing rich state of Sonora in Mexico and raised in Denver, Colorado.

He burst onto the scene last year when he upset James Wilkins on the popular ShoBox series.  Wilkins was heavily favored but an unfazed Lopez rose to the occasion to secure the unanimous decision victory.

“Last September I was supposed to fight Wilkins in Colorado and then it got hyped up and turned into a bigger fight,” explained Lopez. “I ended up fighting him on ShoBox and I turned into the B side. Paulie Malignaggi and Roy Jones were both backing him up. In fact, Roy still trains him and I upset him on television for everyone to see.”
The 23-year-old has picked up two more wins since then and believes that he has grown a lot as a fighter from that experience. He also learned that the pressure doesn’t get to him and the he rises to the occasion as the stakes get higher.

“I learned a lot in that fight. I got caught with a nice shot in the 7th round. I was playing around and learned not to do that. I also know that I don’t get scared by the cameras The big stage doesn’t scare me. I don’t get intimated by any of that,” he explained.

Lopez grew up in a fighting family.  His father served as a sparring partner for Donald Camarena who faced fighters such as Tim Bradley and Malignaggi.  He said that in addition to his father’s influence, he has studied many of the top fighters of the recent past.

“I watched a lot of (Julio Cesar) Chavez. I like his inside game a lot. I also like to watch Canelo (Alvarez). I think he has developed a lot as a fighter. and of course (Floyd) Mayweather. I really respect his defense,” Lopez stated.

He will be relocating to Las Vegas in the very near future and expects to be back in the ring in the summer.  Las Vegas has some of the best sparring in the country and Lopez can’t wait to get to work in his new home.

“I should be there in less than a month and be ready to work. I was out there for the Robert Easter-Rances Barthelemy fight but I haven’t really been out there to box yet,” said Lopez.

“My father has trained me since I was a kid and got me to 11-0 but now we know that now it is time to come out and take it to the next level. There isn’t a lot more to do here in Denver and Vegas is the fight capital so I will be training with the best of the best,” said Lopez who plans on being a fan friendly fighter.

“I think the most exciting thing about me is that I bring that Mexican aggressive style but I am not going to be sloppy. A lot of Mexicans go straight forward but I also have defense. That is why I say I studied a lot of Chavez and Maywather. Fans can expect to see a lot of excitement and also technical skills when I am in the ring.” 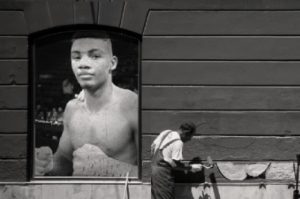 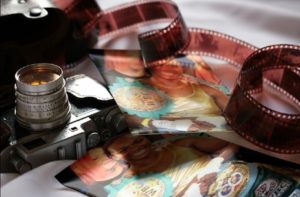