COLORADO SPRINGS, Colo. (November 22, 2019) — Following four qualifying tournaments that began in December 2018, the field of 40 elite female boxers who will compete next month at the 2020 U.S. Olympic Team Trials for Boxing in Lake Charles, La. is final. A total of 117 elite female boxers competed throughout the year for the 40 available spots. Only ten will advance from the trials competition to the next stage of the selection process and the opportunity to represent Team USA at the Olympic Games Tokyo 2020. Here is a closer look at the field in the five weight classes.

2016 U.S. Olympic Team Trials for Boxing champion Virginia Fuchs (Houston, Texas) fell short of advancing to the Rio 2016 Olympic Games during the international qualification but has dominated the flyweight division ever since. Having won eight international medals since those trials, Fuchs could face her biggest competition from the young talent of Heaven Garcia (El Monte, Calif.). Garcia, a two-time World Champion in the junior and youth divisions, has been the one to watch for many years, and these trials could be her coming out party in the elite division. However, Christina Cruz (Hell’s Kitchen, N.Y.), two-time Elite World Championship bronze medalist, will bring experience to her third U.S. Olympic Team Trials for Boxing that will be tough for any boxer that she faces. Mariana Gonzalez (Sunnyvale, Calif.) stood atop the podium at the Western Elite Qualifier, while runner-up Jazzelle Bobadilla (Ewa Beach, Hawaii) has international experience on her side that can help her to upset this division. Jasmine Hampton (Ann Arbor, Mich.) was victorious at the Last Chance Qualifier to punch her ticket to Lake Charles, with Lina Vezzani (Brooklyn, N.Y.) and Stephanie Chavez (Orange, Calif.) rounding out the flyweight division.

Rashida Ellis (Lynn, Mass.) enters the 2020 U.S. Olympic Trials with confidence on her side, after an impressive 2019 run that included bronze medals at the 2019 Pan American Games and World Championships. Amelia Moore (Alexandria, Va.) and Stacia Suttles (Bronx, N.Y.) both have World Championship experience, as well as winning international performances to be strong contenders to take the title and advance to the next stage of the qualification to the Olympic Games Tokyo 2020. Ravven Brown (San Antonio, Texas) recently made her international debut at the 2019 Elite World Championships and had a quick rise to success in her short boxing career. Kimberly Carlson (Chicago, Ill.) and Whitney Gomez (Bend, Ore.) left the Western and Last Chance Qualifiers golden, while Jennifer Lopez (Jersey City, N.J.) and Rebecca Maine (Pittsburg, Pa.) round out the field following their silver medal performances in Ohio and California.

Oshae Jones (Toledo, Ohio) made history this year with her gold medal at the 2019 Pan American Games and looks to be one of the favorites for the welterweight division. The comeback of a few boxers and the rise of some up and comers will make this another exiting weight class to watch. Two boxers who recently came back to the sport and looking to shake things up are Danyelle Wolf (San Diego, Calif.) and Mary Spencer (Boulder, Colo.). Wolf, a three-time USA Boxing National Champion and two-time Continental Champion made her return to the ring in impressive fashion in Reno this year, while Spencer, who is a dual-citizen, represented Canada at the 2012 Olympic Games and won three World Championships under the Canadian flag, won the Eastern Qualifier to punch her ticket to the U.S. Olympic Team Trials for Boxing. Sharahya Moreu (Albuquerque, N.M.) may be the youngest in the division at 20-years-old but has a great deal of experience and will use that against her elder opponents. Briana Che (Madison, Wisc.), Arika Skoog (Boston, Mass.) and Jill Stafford (La Mesa, Calif.) all won silver medals in their respective qualifying competitions and could easily surprise many in Lake Charles, while Liz Flores (Woodland Hills, Calif.) grabbed the last spot to compete after Morelle McCain decided to compete in the middleweight division following her qualifying in both weight classes.

Since the departure of two-time Olympic Champion Claressa Shields to the professional ranks, Naomi Graham (Fayetteville, N.C.) has been the leader for Team USA in the middleweight division, winning multiple international medals including a silver at the 2019 Pan American Games and a bronze at the 2018 World Championships. 2017 Youth World Champion Citlalli Ortiz (Coachella, Calif.) put on a dominating performance at the recent Last Chance Qualifier, including two wins by RSC, and will be looking to continue her winning ways into Lake Charles, while Morelle McCane (Cleveland, Ohio) had an impressive 2019, taking a bronze in her international debut earlier this year. Alexis Gomez (South San Francisco, Calif.) and Kendra Reeves (Twin Falls, Idaho) picked up titles at the Western and Eastern Qualifiers to punch their tickets to Louisiana and will be looking to have another victorious tournament, while Fallon Farrar (Colorado Springs, Colo.), Melody Popravak (Brooklyn, N.Y.) and Rachael Washington (New York, N.Y.) took the silver medals at the three qualifying tournaments and will hope to improve their performances in Lake Charles.

Follow USA Boxing on social media, as well as the 2020 U.S. Olympic Team Trials for Boxing and 2019 USA Boxing National Championships website for news, results, selection procedures and updates of the tournament by clicking here: http://bit.ly/BoxingTrials20 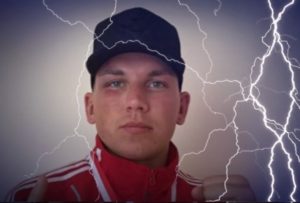 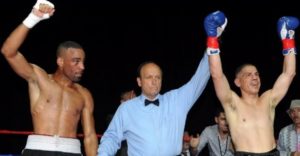