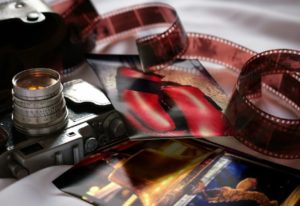 Every year boxing leaves fans something to remember, even if that memory is what fights “Should of Happened” but due to boxing politics never did. In 2017 we had a few bouts that  “Should of Happened” but those disappointments were few and certainly overshadowed by what boxing did deliver. We witnessed three bouts between legitimate top ten “Pound for Pound” ranked fighters, Gennady Golovkin versus Canelo Alvarez, Andre Ward versus Sergey Kovalev and Vasyl Lomachenko versus Guillermo Rigondeaux, all genuine “Super Fights” in any era.

We were given answers how certain fighters on the rise, would respond or could they respond if ever placed into a position of adversity. A question unified heavyweight champion Anthony Joshua answered with flying colors, after being dropped for the first time in his professional career by former long time “Kingpin” Wladimir Klitschko. We also seen an abundance of fighters, once boxing’s elite announce their retirement from the ring. While some had not fought this year or even in 2016, their official announcement sent out a notice “Boxing is entering a new Era”.

There were some such as Juan Manuel Marquez, Andre Ward and Jean Pascal who not only left on their terms but with sensational stoppage wins. We seen Timothy Bradley Jr after his loss to Manny Pacquiao say “I have had enough, I accomplished what I came here for, the time to go is now while still possessing all my faculties”. Then of course like many greats of past eras, a larger number of fighters were ushered out by opponents just a little younger, a lot fresher and certainly less accomplished. As was the case for Shane Mosley, Takashi Uchiyama, Robert Guerrero,  Orlando Salido and Miguel Cotto. The careers of Robert Guerrero, Orlando Salido and Takashi Uchiyama were literally waved off with a referee standing above them to avoid further punishment.

One fighter, Wladamir Klitschko who announced his retirement after facing Anthony Joshua actually increased the image of his legacy while going out on a loss. In April of 2017, Klitschko who had not fought since his 2015 loss to Tyson Fury coming in off a 2015 that ended a near decade of dominance returned from a nearly seventeen month hiatus to face unbeaten IBF title holder Anthony Joshua. When factoring in the long layoff, Klitschko’s age, lackluster performance in his loss to Tyson Fury and of course mythical “Glass Chin” few expected anything more than a “Showcase Performance” by the hard hitting Olympic Gold medalist Joshua.

Things are not always what they appear to be in boxing and in front of almost 90,000 fans, this was one of those nights. We were immediately thrown back when Klitschko, normally a slow starter not only stood his ground early against the younger champion but set the fights Tempo. He baited Joshua into getting hit flush with those legendary Klitschko right hands. He didn’t look to hold and wear Joshua down like he had to so many opponents of recent years, Klitschko appeared rejuvenated until a huge shot from Joshua sent him to the canvas in round five. At that moment almost everyone watching even after Klitschko beat the count was certain the fight would soon be over.      Instead we seen Klitschko come right back at Joshua and seek a war..

In round six Klitschko dropped Joshua for the first time in his career and over the next several rounds had Joshua looking to avoid being knocked out. It didn’t matter if you were watching live or on television, the anticipation was equal and fans sat on the edge of their seats while neither Klitschko nor Joshua were willing to give an inch. A huge uppercut landed by Joshua late in round ten, a round where both fighters threw big punches and Klitschko seemed to have done slightly more snapped Klitschko’s head back and yet the supposed “Glass Chinned” former champion moved forward. We had seen lesser punches landed by Joshua end the nights of younger undefeated opponents than Klitschko yet the veteran champion refused to give in that easily.

In round eleven Joshua finally scored the knockout but he knew this was the biggest and toughest fight of his career. The former champion always a class act smiled, shrugged his shoulders as to say “Hey I gave it my best no excuses, Good for Anthony Joshua”, he even praised the young champion during their post fight interviews and Joshua returned the favor. At the time of the stoppage, Judges were split on who was ahead but all scored it razor thin at 96-93 and 95-93 in favor of Joshua with one Judge seeing it 95-93 in favor of Klitschko.

On that night Wladimir Klitschko erased the stigma of having a “Glass Chin”, proved he could be an exciting fighter so long as there was a willing opponent and most of all both Klitschko and  Joshua reminded boxing fans on why there is nothing bigger then a “World Heavyweight Championship fight”. Something we had been void of since Lennox Lewis and Vitali Klitschko faced off in 2003.

The bar has been set for 2018, there are plenty of fights fans are hoping to see and many involve names already mentioned. Will they happen? This is boxing and there is no such thing as a correct answer to questions such as those, if they expect to continue the momentum 2017 has built I would say “Yes” we will see the big fights we are waiting for. After all boxing is a business and its only good business to give fans what they are hoping for.