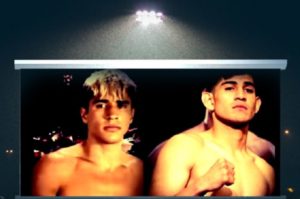 Friday night from the Belasco Theater, Los Angeles California on Estrella TV, Golden Boy promotions presented an installment of their boxing series  “LA Fight Club”. In the main event, undefeated welterweights Cesar Valenzuela out of Mexico and 19yr old Alexis Rocha out of Santa Ana California traded shots for eight rounds. This was the toughest test of Rocha’s fourteen month career and first time he had gone past four rounds or faced an undefeated opponent.

The cleaner, harder shots and combination punching of Rocha would impress the judges who scored it 80-72 on all three cards. Alexis Rocha improved to 8-0 (5), Cesar Valenzuela after his first career defeat stands at 7-1 (2).

Super Middleweight prospect, 23yr old Niko Valdes sent his opponent Ernesto Berrospe packing, in under two rounds. In the first round, Berrospe was cut from an accidental head-butt and almost finished from a Valdez barrage before being saved by the bell. The assault continued in round two, Berrospe was sent to the canvas and bout halted moments later. Niko Valdes improved to 5-0 (5), Ernesto Berrospe now stands at 11-11 (6).

In a Super Featherweight bout, 23yr old Tenochtitlan Nava scored a unanimous decision victory over Cristian Renteria. At the end of six rounds scorecards read 60-54 59-55 and 58-56 for Nava who improved to 6-0 (1), Cristian Renteria now stands at 7-5 (6).

Helenius-Chisora II rescheduled for after the summer 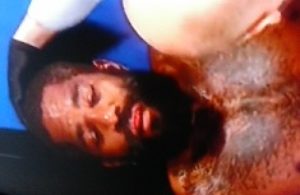