Saturday Night at Madison Square Garden, HBO broadcast a Golden Boy Promotions event headlined by what was announced as the final career bout of four division world champion Miguel Cotto. He would be defending his WBO Super Welterweight against former Olympian and Brooklyn native Sadam Ali. There were few who expected Sadam Ali who is a skilled boxer with fast hands and footwork to last more than a few rounds before an infamous Cotto left hook sent him crashing to the canvas. That opinion had much to do with his 2016 stoppage loss at the hands of Jessie Vargas when they met for the vacant WBO welterweight title. It appeared as  the stage was set for Cotto to go out with a “Hollywood Movie” career finish but in boxing things don’t always work that way and Saturday night would be no different.

The fight opened with Sadam Ali coming forward aggressively then using his footwork to avoid a Cotto counter attack. In round two it appeared Cotto had hurt Ali when a landed punch seemingly sent Sadam to the canvas but referee Charlie Fitch ruled it a slip and video replay enforced it as a correct call.
Over the next several rounds Cotto tried to time the rhythm of Ali, hoping a well placed punch would slow his younger fresher opponent down but he had minimal success doing so.There would be several different moments when Ali caught Cotto with clean hard punches that stunned him momentarily.

In the mid-rounds Cotto found a home for his left hook to the body that slowed Ali down and for a brief time it appeared he might be en route to taking control of the bout. Then the momentum and energy of Cotto faded midway through round nine. Once his punch output declined Cotto demonstrated his underestimated defense and made Ali miss his telegraphed power punches but with a limited offensive output Sadam Ali based on activity continued building up points.

When the 12th round arrived, Cotto behind on points looked to score a dramatic  come from behind knockout victory, Sadam Ali still the fresher fighter combined with Cotto’s fatigue prevented him from producing such an ending. When it was over official scores read 116-112 and 115-113 twice all in favor of Sadam Ali who along with claiming the WBO Super Lightweight title improved his record to 26-1 (14). In his final ring appearance Miguel Cotto will now retire with an overall 41-6 (33) record.

While the fight was not spectacular by any means it was a solid performance from Ali who by out  boxing the veteran Cotto and claiming his championship should have silenced critics that have not let him live down his loss to Jessie Vargas. On the opposite side without intentionally taking anything from his victory, the version of Cotto we witnessed at Madison Square Garden Saturday was that of a faded and ring worn veteran who recently as three fights ago was still performing levels above most in and around his division. In retrospect Miguel Cotto is retiring at the right time. The fact he went out on a loss against a talented fighter like Sadam Ali without being completely dominated is something top fighters that have recently retired outside of Floyd Mayweather and Andre Ward cannot claim. In his post fight interview Miguel Cotto reinforced he was done boxing, he would enjoy retirement by spending time with his family.

I personally hope he stays firm with that decision and for no terms makes a ring return something we see too many greats do at some point in time after retirement. When they do it rarely end up in success and a fighter like Miguel Cotto who has faced the very best in and around his weight class, who has given fans his all both physically and emotionally throughout his entire career, should be remembered that way. It would be a travesty for him to return and end up a name that builds up some prospects resume.

The co-feature would be between undefeated WBC Super Bantamweight champion Rey Vargas facing his second undefeated opponent of 2017 Oscar Negrete. It was an interesting bout at times Negrete managed to get inside and make Vargas uncomfortable. When not inside Negrete would be peppered with uppercuts and
brutal body punches from Vargas. There would be accidental headbutts in rounds five and eight that opened cuts over the left and right eyes of Vargas despite bleeding freely still out boxed Negrete who could not match the skill set or natural physical advantages of Vargas. When the contest was over official scores read 119-109 twice and 120-108 in favor of Rey Vargas who after his first successful title defense improved to 31-0 (22), suffering his first career defeat Oscar Negrete now stands at 17-1 (7).

In a non televised title affair, hard hitting Junior Flyweight Angel Acosta faced off against Juan Alejo for the Vacant WBO World Light Flyweight Title. The two fighters delivered an action packed contest for fans in attendance at Madison Square Garden before Acosta let loose an onslaught that ended the contest at 1:33 seconds of round ten. With his victory Angel Acosta claimed the WBO World Light Flyweight championship and improved to 17-1 (17) while Juan Alejo drops to 24-5-1 (14).

It was a bad judgement call by HBO to not show this bout on the cards televised portion, with the success
of Septembers “Superfly” event and lower divisions gaining momentum fans at home fans would have appreciated being able to view these two world class fighters in action.

Briedis: “It will be the World’s finest boxing show!” 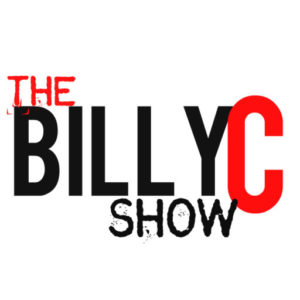