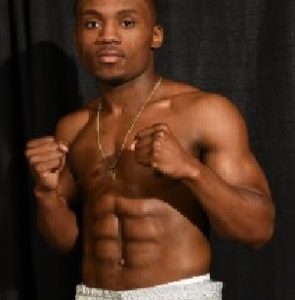 New York, NY (5/9/17) – Charles Conwell, a 2016 United States Olympian, will fight as a professional for the second time on May 18 as part of the special One-Night-Only return of DiBella Entertainment’s Broadway Boxing to New York from the Paramount Theater on the campus of LIU-Brooklyn.

It is a quick turnaround for Conwell, 19, who knocked out Jeremiah Page (3-4, 2 KOs) in 41 seconds in his professional debut on April 21, at Buffalo Run Resort and Casino in Miami, Oklahoma. Conwell is co-promoted by Tony Holden’s Holden Productions and managed by David McWater’s Split-T Management.

“I am so excited to fight in New York City,” said Conwell. “I will always represent Cleveland and I love the fans in Oklahoma, but New York is a city where stars are born. New York will become a second home for me on way to a world championship.”

“Charles Cowell will be one of the most active prospects in boxing. Tony Holden and I have plans to fight Charles all over this country, but I can’t wait to watch him make a splash in New York on Broadway Boxing,” said Lou DiBella, President of DiBella Entertainment. “This is a United States Olympian and I hope the local fans and boxing media respond accordingly.”

Broadway Boxing returns to New York for the first time since June 2016, on a One-Night-Only basis due to the insurance requirements imposed on boxing promoters by the New York legislature in August of last year.

“The insurance requirements in New York have kept DiBella Entertainment’s flagship series and almost all club shows out of New York for the past year because they just aren’t financially viable,” said DiBella. “But the public clamoring has been too great to ignore; we are going to plant our flag for one night and we hope boxing fans come out and support live boxing featuring homegrown and world class talent.”

Williams: “I will die before I lose my title!”