The main event between Demetrius Andrade and Maciej Sulecki was a disappointing one sided affair with little action, while Andrade has the ability to make for more exciting fights he was content staying on the outside taking pot shots at Sulecki.

The slower Sulecki while he had the desire just could not close the gap against Andrade, who instead of trying to enforce his position as the top middleweight in boxing preferred to showboat. When the contest ended all three judges seen it 120-107 for Andrade who improves to 28-0(17), Maciej Sulecki now stands at 28-2(11).

When Khalid Yafai stepped in to defend his WBA super flyweight title against little known and even less regarded Norbelto Jimenez most expected a dominate performance.  It was a tough fight from start to finish, at times became ugly, a point was deducted by referee Danny Schiavone in round four for holding by Jimenez. When the contest ended judges scored it 119-107, 118-108 and 117-109 all in favor of Khalid Yafai who retains his title and improves to Khalid Yafai 26-0 (15) while Norbelto Jimenez now stands at 29-9-4(16).

The performance of Khalid Yafai did nothing to draw interest of a unification bout with any of the fellow champions of the division or even  former lineal champion Sor Rungvisai.

In a heavyweight contest former WBO belt holder Joseph Parker faced former world title challenger Alex Leapai. This was a disappointing contest from start to finish, Leapai looked every bit the inactive 39yr old fighter he is though he did land some big shots on Parker at times.

The former title holder appeared as though his stamina was faded by the fifth round, the pace slowed and while he had little coming back at him his punch output was conservative. In round ten referee Ricky Gonzalez finally called a halt to the action due to volume of blows landed on Leapai more than any one punch. With the win Joseph Parker improved to 26-2(20) while Alex Leapai now stands at 32-8-4(26).

If Joseph Parker expects to get back near top of the division he needs to make some major adjustments to his style and improve his stamina, since his loss to Anthony Joshua in 2018 he has gone 2-1 looking mediocre even in those wins. 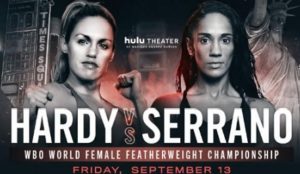