Friday night at the Liacouras Center in Philadelphia, boxing was once again treated to a sensational unification contest when undefeated WBC light heavyweight champion Oleksandr Gvozdyk took on undefeated IBF light heavyweight champion Artur Beterbiev. When fights of this caliber are made usually a “Straw poll” on who will come out victorious come back close but with one fighter edging the results. This contest after several “Straw polls” yielded the 50/50 results and for good reason.

If you asked every voter their reason for picking a winner answers ranged from power edge, boxing ability, age, quality of opposition as a professional and fashion in which each man has defeated previous opponents. The one thing all voters seemed to agree on is “Oleksandr Gvozdyk and Artur Beterbiev have that one thing no one else possesses to defeat the other. Once all is over no matter who wins, the top two one hundred and seventy five pound fighters in the world will have been inside the ring.

When the bell sounded for round one, Gvozdyk circled to the right away from the power of Artur, he jabbed from a distance and moved light on his feet to keep Beterbiev from setting down on his punches. There was a tangle of the feet that sent Gvozdyk to the canvas incorrectly called a knockdown by referee Gary Rosato.

The Pennsylvania state commission would overrule the knockdown call by Rosato erasing the two point gap Gvozdyk would win the round otherwise fairly convincingly. As the rounds passed Gvozdyk boxing off his back foot used combinations to score points, Beterbiev slowly closed the gap scoring big shots that surprisingly Gvozdyk absorbed well.

When the sixth round began Gvozdyk stood firm and traded shots with the harder hitting Beterbiev, there was a moment when Gvozdyk stopped Artur in his tracks with a straight right hand. That momentum was short lived when round seven started the pace slowed slightly with Beterbiev moving in landing cleaner harder punches, Gvozdyk using “one two” combinations that scored but did little to deter Artur from continuing his ruthless assault.

In the eighth round by Beterbiev, concentrated on pinning Gvozdyk in the corner and when he moved in ate Gvozdyk combinations but demonstrated his offensive ability by using head movement to avoid big power shots.

It was an all-out assault from Beterbiev in the ninth, Gvozdyk could not avoid any of the punches that came in his direction and was forced to hold on until the rounds end.

That attack would continue in the tenth, still on rubber legs from round eight Gvozdyk without a moment to breathe would go down three times before the fight was waved off by Referee Gary Rosato.

With the win Artur Beterbiev now the IBF, WBC and lineal light heavyweight world champion improved to 15-0 while Oleksandr Gvozdyk in his first defeat now stands at 17-1 (14).

This bout cleared up any questions on who is the number one light heavyweight in the world, it will be up to WBO champion Sergey Kovalev should he get by his November second title defense against Canelo Alvarez and WBA champion Dmitry Bivol to prove differently.

In the co-feature undefeated welterweight Kudratillo Abdukakhorov took on former title holder Luis Collazo in a ten round contest. The veteran Collazo pressured Abdukakhorov throughout the bout but was out boxed and to make matters worse suffered brutal cuts due to an accidental head-butt. When final scores were read judges seen it 99-91, 98-92 and 97-93 all in favor of Kudratillo Abdukakhorov who improved to 17-0(9) while Collazo drops to Luis Collazo 39-8(20). 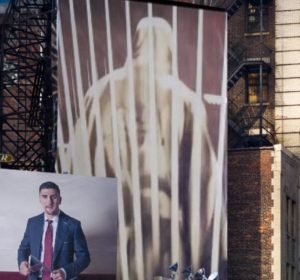 Huck ready to entertain in Berlin on September 9 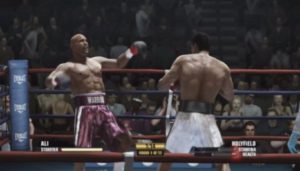