27-year-old Brant was born and raised in Saint Paul, Minnesota, but is now living and fighting out of Dallas, Texas. In this interview he take us back to where it all started and reveals his ambition to win the super middleweight division of the World Boxing Super Series.

“I found boxing when I was fifteen, and I started going to the gym every once in a while. I thought my father would be upset because my father played football, my brother played football and basketball so I went a bit off the beaten path when I discovered boxing. But my father was completely cool with it. He wanted me to stay focused at something other than sitting at the house. From that point I started focusing on boxing.

I got my competitive edge from my brother who is 18 months older than me. He beat me in everything growing up. I wanted to play basketball and he was really good at that so it always got to a point where I got mad and kicked the ball and went back to the house. In football he was a quarterback, I was a running back. He had pinpoint accuracy; I couldn’t catch to save my life.

I had hands of stone. It sounds good in boxing to have hands of stone, but in football it means you can’t catch anything. I was really good in own mind when it came to football, but the running joke was that my position was ‘ass back’. I would say to the coach: “Put me in the game!” And he would say: “Get your ass back!”

My father is very proud of where I am today. He is proud that I found something that I decided, that I would stick to, run with and now maybe become one of the best in the world at what I do. I get a lot of happiness out of knowing that he is so proud.

I am a very simple person. I feel that I have much more that I could ask for in life. My dream is to accomplish the things I want to accomplish. I want to be the best in the world and make the maximum amount of money, but I box because I love to box.

I hope the best for everyone in boxing, for everyone fighting to win the Muhammad Ali Trophy in the World Boxing Super Series, because I know they are going through the same things as me, the same struggles as me. I wish them the top amount of success, just not when they are facing me. I want succes for myself more than anything and that is just the competitive nature in me.

Juergen Braehmer is a veteran. He is a very good fighter. He has been in the game for so long. I am not going to be able to do anything in there that he has not seen before. This guy will not take 15-20 nervous pisses before going to the fight. He has done everything before and that has to be respected, but let us see if I can put some doubt in him. I want to beat him in every round. I want to treat every round as a fight in itself. I just have to be better and more than prepared than Braehmer.

I feel I am an underdog to win this tournament, but for every fight my odds will get better. After I beat Braehmer – and I am very confident I will beat Braehmer – I will move on to the next level. I am confident that I will win the entire tournament.

I always told myself when I started boxing: “At 27 I want to fight for a title, but I want to take my time and learn to be a pro.” I was a phenomenal point system fighter, and I have a decent amount of professional experience that will carry me in to these big fights with these gentlemen. I don’t care who they fought. They never fought me.” 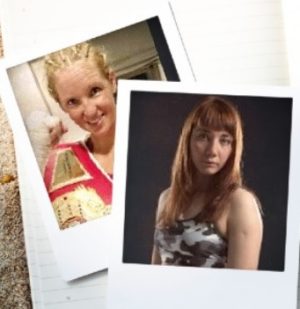 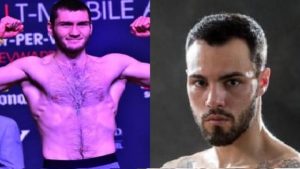