Daxx Khan 5 years ago
WINCHESTER, Mass. (October 18, 2017) – Studying will be replaced by punching on Saturday night (7 p.m. ET start), November 11, when the National Collegiate Boxing Association (NCBA), in association with USA Boxing, presents “Collegiate Fight Night” at Maurer Auditorium (town hall on Mt. Vernon St.) in Winchester, Massachusetts.
An entertaining evening of 10 amateur bouts are scheduled as the Cadets of the United States Military Academy at West Point take on a New England all-star caliber team comprised of boxers from the Coast Guard Academy (New London, CT), University of Massachusetts, University of Connecticut, Trinity College and Harvard University.
“College boxing is not just a sport but also a high-impact leadership development activity,” NCBA president Eric Buller said. “Come out and support these young men and women who face the highest levels of rigor in the classroom and the boxing gym. They will ultimately be the future leaders of our companies, communities and our nation.  Each has worked hard to earn membership in the “Six-Minute Fraternity”.
Two West Points Cadets from Winchester, Luca LoConte Bota and Jack Ward, will headline the event in the homecoming.
Former professional world champions “Irish” Micky Ward (Lowell) and Jose Antonio “El Gallo” Rivera (Worcester) will be special guests at “Collegiate Fight Night”.
ABOUT NATIONAL COLLEGIATE BOXING ASSOCIATION (NCBA): The NCBA is the senior college boxing governing in the United States. The NCBA provides student athletes an opportunity to box at the recreational, intramural, and competitive levels. Its philosophy and rules provide a safe and level playing field for both new and experienced athletes.
ABOUT USA BOXING: The mission of USA Boxing shall be to enable United States’ athletes and coaches to achieve sustained competitive excellence, develop character, support the sport of boxing, and promote and grow Olympic style boxing in the United States. The responsibility of USA Boxing is not only to produce Olympic gold, bit also oversee and every aspect of amateur boxing in the United States. 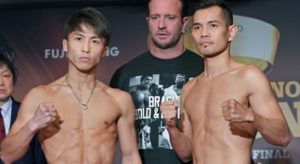 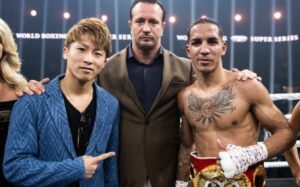 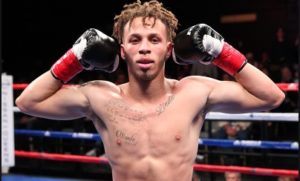