Cuevas Looking to Hand Paredes a ‘World-Class Beating’ at Rumble at the Rock IV on Friday, March 1, at Seminole Hard Rock Hotel & Casino in Hollywood, Fla. and Live on Boxeo Telemundo

Hard-punching welterweight prospect Derrieck Cuevas says he’s not bothered by the number of fans his upcoming opponent Ed “The Lion” Paredes of Pembroke Pines will have in-house for their showdown.

Cuevas (18-0-1, 14 KOs), originally from Guaynabo, Puerto Rico, and now living in Miami, will face popular long-time Florida resident Paredes (38-7-1, 25 KOs) on Friday, March 1, in the 10-round main event of The Heavyweight Factory’s, in association with All Star Boxing, “Rumble at the Rock IV” at the Hard Rock Event Center at Seminole Hard Rock Hotel & Casino in Hollywood, Fla., and live on Boxeo Telemundo.

“It doesn’t bother me,” said Cuevas of Paredes’ fan following. “At the end of the day, it’s only me and him, and they can’t fight for him. I look forward to giving him a world-class beating in front of all his fans.”

“Paredes is the toughest fighter I’ve faced in my career. He’s a savvy veteran who has never been knocked out. But I’m coming to represent Puerto Rico and Puerto Rican boxing fans. Come March 1, I plan to be the first man to knock Ed Paredes out.”

“He’s been teaching me a lot of new things,” said Cuevas. “My explosivity and body punching will be really different for this fight. Jesse knows how to get the most out of a fighter’s strong points.

Director of Boxing for The Heavyweight Factory Henry Rivalta says Cuevas’ performance against Paredes will reveal a lot about the young prospect’s future in the sport.

“Paredes is someone only great fighters can get past,” said Rivalta. “He’s never been knocked out and he’s beaten lots of very good fighters. Plus, he’s coming in well-rested and free of injury. If Derrieck can look good against him, or be the first to knock him out, we will know he has a very bright future in professional boxing. This is truly a midterm exam for this up-and-coming fighter.” 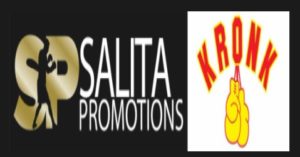