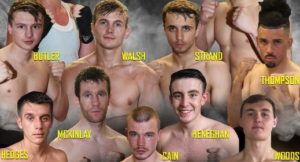 One day before the quadrennial Leap Year date of February 29, a group of eight unbeaten prospects from the Everton Red Triangle Gym in Liverpool take to the ring in the first of five scheduled shows in 2020.

Trained by Paul Stevenson, the talented octet of fighters will all strive to keep their perfect records intact on the February 28 Black Flash Promotions event at the Grand Central Hall in Liverpool.

The Junior ABA champion ended 2019 with a devastating second-round KO against tough Nicaraguan Johnson Tellez (10-50-5) at the Hilton Hotel in Mayfair with Frank Warren, Tyson Fury, David Haye and John Conteh all watching on in the crowd at annual Nordoff Robbins charity event.

The 22-year-old dropped his opponent in the opening round and finished him off in clinical fashion in the following round. His durable ring rival hadn’t been stopped all year until he met the ‘Wrecking Ball’ on the 323rd day of 2019.

That impressive victory was preceded by a points win against London 2012 Olympian Abdon Cesar (3-10) on September 21 at the Greenbanks Sports Academy in Liverpool when Ball won all six rounds against the stylish 2011 All-Africa Games bronze medalist.

Now ranked in the top 10 in the UK with his latest win, Ball is in touching distance of big domestic title fights this year and will no doubt be looking to make another big statement on February 28 to put the rest of the country’s 130-pounders on alert.

Merseyside middleweight Harry Woods (3-0) will also be back in action, alongside teammate Nick Ball, after experiencing three fights during his debut year last year.

The 24-year-old steadily improved in each fight throughout 2019, which culminated in a shoutout points win over the tricky Italian Victor Edagha’s (2-63-3) last September.

23-year-old featherweight Andrew Cain (4-0) has won all his four-round contests inside the distance with three second-round stoppages and one third-round TKO.

The former England amateur representative will be back to the ring on the ninth weekend of the year eager to continue his devastating run.

European bronze medalist Connor Butler (3-0-1) also closed the year in a frustrating fight, which resulted in a technical draw after his southpaw opponent Steven Maguire (0-17-1) was cut and couldn’t continue in the second round of their four-round bantamweight contest.

Butler, a three-time national amateur champion, visibly hurt Maguire in the opener and had his travelling opponent from Middleton breathing heavily after a hurtful first round. The ‘Top Dog’ looked set to double his KO count until the disappointing premature end.

Originally born in London’s Whitechapel, the Kirkby resident will be keen to get back to winning ways on the 59th day of the New Year.

Another enthused fighter will be 24-year-old Jonathan Walsh (3-0), who will be firing on all cylinders after he secured his first stoppage win when he halted Youssef Al Hamidi (16-125-5) in the second round of their scheduled four-round super-lightweight contest last September.

A Haringey Box Cup winner known as ‘Jof’, was calm and collected, and demonstrated experience beyond his years, as he deftly put away the 146-fight veteran who hadn’t been stopped since 2014.

The KO will surely inspire the 24-year-old super-lightweight as he aims to kickstart 2020 with another convincing victory.

2018 Senior ABA champion Bradley Strand (2-0) is just 22-years-old but has a 70-fight amateur background behind him, as he looks to replicate that success in the unpaid code, which saw him collect multiple titles, including three Tri-Nations golds.

Carly Skelly (2-0) doubled her win tally in her last fight with a 40-36 points win over Roz Mari Silyanova (1-7-1) at the end of an entertaining four two-minute rounds bantamweight contest to build on her debut win over Bec Connolly (2-5).

Onwards and upwards for 33-year-old southpaw from Liverpool as she aims to rise up the world rankings in 2020 in a what is currently a thriving time for female boxing.

Welterweight ‘Jack the Ripper’, 30 from Liverpool, was an Under 20’s national champion in the amateurs and will be pleased to begin his 2020 campaign with a win under his belt to build upon.

Everton Red Triangle head coach Paul Stevenson commented on the forthcoming show, “These shows are really gaining a reputation for boxing and excitement of the highest quality.

“People know what to expect at our shows and that is the spectacle of watching a stable full of hungry, dynamic professional fighters in the ascendancy.

“They’re all different, dangerous, highly-skilled and they’re going for the knockouts! There’s going to be some exceptional talent on display on February 28.”

Supporting cast will feature Liverpool super-middleweight southpaw James Heneghan (3-0), who crammed in three fights in seven months during 2019; also super-lightweight Michael Hedges (2-0), who fought in September and November last year to start 2020 with two professional victories behind him; and David Thompson (1-0), known as ‘Junior’, who forced tough opponent Bryn ‘The Bruiser’ Wain to retire at the end of the first round in his November 15 pro debut on the undercard of Rocky Fielding’s ring return at the Liverpool Olympia.

There’s heavyweight action on the bill in the form of 28-year-old hard-hitting Karl Tierney (1-0). The six-footer kicked off his pro career just weeks agon in the historic ‘Home of Boxing’, London’s York Hall, as he crushed 29-year-old Mateusz Rybarski (1-11) in three rounds.

The thriving Everton Red Triangle Gym have an uncommon but sensible system where their events are scheduled for the entire year, meaning that fighters can plan their year accordingly. Their next shows will take place on May 2; July 4; September 5; and November 14. 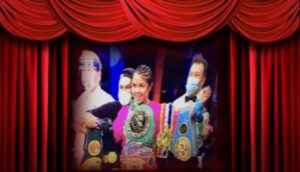 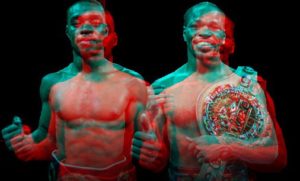