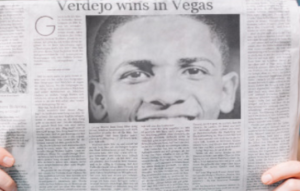 Live Thursday night from the Bubble at the MGM Grand in Las Vegas, Top Rank Boxing on ESPN brought us a four fight broadcast,. The main event was originally to be headlined by Miguel Marriaga taking on Mark John Yap but due to Yap missing the contracted 128 lb limit by over eight pounds, Felix Verdejo versus undefeated Will Madera was bumped to the headliner. Also cancelled was the welterweight contest between Ector Madera and Adrian Valdovinos along with the Alexis del Bosque versus John Vincent Moralde lightweight contest due to covid positive testing.

The nights main event between lightweights Felix “El Diamante” Verdejo and Will Madera would last just under a round, most expected a tough contest some even an upset but it was the pressure and experience of Verdejo that prevailed. While Madera started out looking to box with Verdejo and drag him into later rounds where he felt Verdejo faded, pressure a stiff jab and uppercut landed by Felix Verdejo sent Madera to the canvas ending his night at 2:59 of round one.

It was an impressive showing for Verdejo who in his post fight interview stated a desire to face Vasyl Lomachenko and possibly avenge his loss from their amateur meeting at the 2012 Olympics. With Lomachenko having business this fall against Teofimo Lopez Verdejo will have to wait on that opportunity but his performance reminded viewers he is a serious threat to anyone at 135.

The being pushed into a main event after Mark John Yap missed weight, change in methods of training and what a fighter is allowed to do while in Vegas during quarantine might of been a factor in how Madera performed. I expect him to learn from this  experience and come back a better fighter in his return.

In the nights co-feature Red Hot American Heavyweight prospect Jared “The Real Big Baby” Anderson improved to 5-0 (5) after scoring a first round stoppage over Hector Perez. This was the fifth fight in nine months and second in just over a month for the twenty year old Anderson, like most I expected him to have bright future in this sport and possibly a future champion. With the loss Hector Perez now stands at 7-3 (3).

In a featherweight contest Martinio Jules out boxed a game Aleem Jumakhonov over the eight round distance. While Jumakhonov pressed the action and had his moments of success. The skill set of Jules prevented Jumakhonov from planting his feet and landing anything significant enough to maintain momentum in his favor. When final scores were read judges seen it 76-76 and 78-74 twice for Martinio Jules.

In the opening contest lightweights Kenny Davis Jr and Eduardo Sanchez faced off over a four round distance. It was a back and forth affair with plenty of action, Sanchez seemed to be the stronger fighter early while Davis Jr came on later.

There would be a knockdown scored by Davis Jr in the third when he landed a body shot, a point deduction took place in the fourth when Davis lost his mouth piece for the second time. When the scores were announced judges seen it 37-37 and 38-36 twice in favor of Kenny Davis Jr who improved to 3-2-1 while Eduardo Sanchez drops to 2-3. 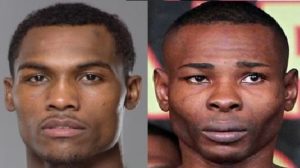