WENDY “THE HAITIAN FIRE” TOUSSAINT (12-0 5KO’s) is preparing for his third bout of ‘covid19 crazed’ 2020 when he faces undefeated heralded prospect CHARLES “BAD NEWS” CONWELL (12-0 9KO’S) on Wednesday, October 7 in a 10-round super welterweight main event on Shobox.

Toussaint currently resides in Huntington, NY, training out of Academy of Boxing. The 28-year-old prospect is well-respected in the New York boxing scene for his work ethic, and overall boxing ability, so much so, that he was tapped as the lead sparring partner for Long Island’s “Common Man” and Star Boxing stablemate, JOE “The Beast” SMITH JR. (26-3 21KO’s) ahead of his demolition of Elieder “Storm” Alvarez in their WBO World Title Eliminator back in August. Toussaint took on Jermaine Corley on February 28 at “Rockin’ Fights” 38 where he wasted no time digging to the body with a vicious left hand that sent Corley to the canvas early in the second round. In August, on the undercard of the Smith Jr-Alvarez WBO Title Eliminator, Toussaint took on Isiah Jones at The Bubble in Las Vegas, where he dominated to a wide unanimous decision. Turning to October 7, a victory would catapult Toussaint into the upper level of a hot super welterweight division.

Toussaint was born in Haiti and later moved to French Guiana where he first laced up a pair of boxing gloves.  “My cousin asked me if I wanted to train, so I thought we were going to work out” said Toussaint. “When we showed up at the gym, it turned out she meant train at a boxing gym.” Toussaint found success in the sweet science, fighting for a local team in French Guiana winning local titles. Finally, Toussaint’s mother made the call to move his family to the United States for better opportunities and quality of life.

Outside of the ring Toussaint is a school bus driver for the Deer Park School district. When he is not training, or driving his route, Toussaint is also a volunteer firefighter. Work ethic isn’t a choice for Wendy, it’s a lifestyle, “I always want to keep my mind busy, I always want to keep working no matter if it is in the gym, or outside of the gym.”

Toussaint turned professional in 2013 on Star Boxing’s acclaimed “Rockin’ Fights” series at The Paramount (Long Island, NY), and has not looked back.  He has continued to improve and has told his promoter, Joe DeGuardia, that he is ready to fight the best prospects in the game and wants to be in with top competition.   After 12 consecutive victories, 5 of the last 7 coming by way of knockout, Toussaint has been getting those opportunities with the biggest challenge coming on October 7th.   Toussaint knows the opportunity, and challenge that lays ahead of him next Wednesday on ShoBox in front of a national TV audience, stating:  “Charles Conwell is a great, great fighter, but so am I. I know he is coming to fight, and that is all I know how to do. I am ready, for me it stays the same, I am bringing the Haitian Fire.” 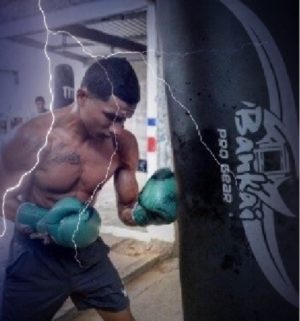 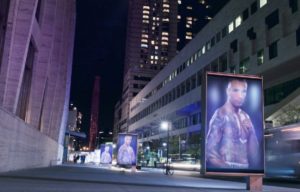