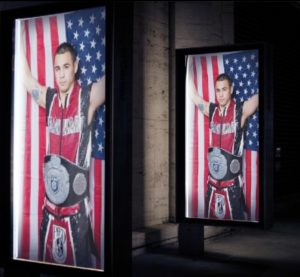 Jose Haro fighting for a break in 2018