“The level in the Ali Trophy tournament is already of the very highest, but when you have two such decorated boxers with massive KO power then the only guaranteed winner is the fans.

Two World Champions collide in Sochi, this special Olympic City. Russia hold tight for the Ali Trophy experience, the lights and stars are on their way!”

Murat ‘Iron’ Gassiev, the Russian second seed, earned his spot in the semi-final when he blew away Polish Krzysztof Wlodarczyk in New Jersey in October with a powerful performance to produce a third-round KO.

“The location for the semi-final was not important for me, but the fact that it will be in Russia and the beautiful city of Sochi makes me very glad,” said Gassiev.

“This means my family and friends and a lot of people from my home region of Ossetia will be attending. Also, it is always an honour and pleasure to fight in front of my countrymen,” said the 24-year-old and expresses a lot of respect for his upcoming challenge.

“Dorticos is a very good dangerous fighter. It is going to be great to test my skills against an opponent like him. I am confident we will deliver great boxing for fans around the world.”

Cuban Dorticos aka ‘The KO Doctor’, the tournament’s fourth seed, impressed in his quarter-final with a devastating KO victory in the third round over Russian Dmitri Kudryashov in San Antonio in September. And he predicts another jaw-dropping output against another Russian in the host city of the 2014 Winter Olympics.

“I am looking forward to fighting in Sochi. No matter where I fight, I will work hard to take my opponent out,” said 31-year-old Dorticos who is fighting out of Miami, USA.

“I believe I am the best in the world and the future winner of the Muhammad Ali Trophy. I can’t wait to show Gassiev and the fans in Russia and all over the world what ‘The KO Doctor’ is about!”

The cruiserweight final of the World Boxing Super Series will take place in Jeddah, Saudi Arabia in May 2018.

ABOUT THE WORLD BOXING SUPER SERIES:
Organised by Comosa AG, the World Boxing Super Series will kick off in September 2017, featuring the Cruiserweight and Super Middleweight divisions. In each weight class, eight elite boxers will battle it out in a bracket-style elimination tournament, with four quarter-finals (fall 2017), two semi-finals (early 2018) and one final (May 2018). This makes for seven top fights per weight class, and a total of 14 fights in Season One to be staged in premier venues around the globe. The winners of the World Boxing Super Series will rightfully receive The Greatest Prize in Boxing, the Muhammad Ali Trophy 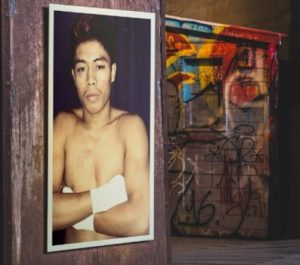