It’s “Independence day” in the United Sates and we are officially 241yrs old!  Every year Americans across the country gather for parades, firework displays, barbeques and picnics while celebrating the fourth of July. On this day in boxing history, coincidentally two of the sports all time greatest fighters, both from America and both former champions in the sports “Flagship” division began their rise towards boxing immortality. 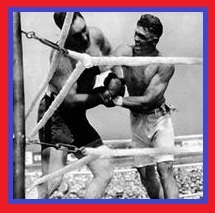 Champion Jess Willard known as the “Pottawatomie Giant”, had fought just once since defeating Jack Johnson in 1915 at Oriental Park Havana, Cuba. That bout was a questionable decision victory over Frank Moran in 1916. Entering at 6’6½” tall and 245 pounds, compared to Dempsey who was 6’1″, 187 pounds many fans thought his size advantage would be enough.

Once the bell rang Dempsey tore into Willard like a “Mad Dog”, knocking the champion down seven times in the first round alone.The contest would end when Willard failed to answer the bell for round four. In his three round beating, Willard suffered a broken jaw, broken ribs, several broken teeth and facial fractures. It was later claimed by Jack Kearns, who was the manager of Dempsey at the time he faced Willard, after Dempsey had fired him that he personally placed “Plaster of Paris” in the hand wraps of Jack. Which was why, Dempsey was able to dish out such a brutal beating to Willard.

That claim was squashed by Nat Fleischer, founder and editor of “The Ring” magazine who stated “I watched the proceedings of Dempsey having his hands wrapped, Jack Dempsey had no loaded gloves, and no plaster of Paris over his bandages. Over the next several years, Dempsey along with promoter Tex Rickard would produce boxing’s largest “Live” gates of the era, including the sports first “Million Dollar” gate. He would lose his title in 1926 by decision to Gene Tunney. Then in a 1927 rematch, Dempsey knocks Tunney down for a count of fourteen but because he forgets the new rule of going to a neutral corner, It delayed the referee’s count giving Tunney fourteen seconds to recover.

Gene Tunney would again score a unanimous decision victory over Dempsey, in what would forever be known as “The Long Count”. That would be the last professional fight for Jack Dempsey who retired with a record of 54-6-9 (44). 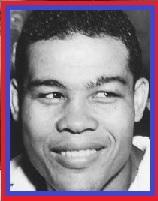 On this day 83yrs ago Joe Louis made his pro-debut, stopping “THIRTY EIGHT” fight veteran Jack Kracken in under a round at the Bacon’s Arena, in Chicago. According to reports, Louis dropped Kracken with a hook just seconds into the round. He would make it to his feet at the count of nine. A relentless Joe Louis on the attack, landed a punch moments after that sent Kracken out of the ring, right into the lap of Illinois state Athletic commissioner Joe Triner.

At the count of fourteen, Kracken made it back into the ring but referee Dave Miller called a halt to the onslaught. It would be exactly two weeks shy of three years later, Joe Louis claimed the heavyweight championship when he stopped “Cinderella Man” James Braddock in eight rounds on June 22nd 1937. He would remain champion for twelve years and defend his title twenty six times a record that still stands. As of this day, Louis is considered by many to be boxing’s greatest heavyweight of all time.

Just like the country they originate from and division they reigned, both fighters had monumental moments of success, unforgettable moments of failure and both will forever be talked about equally. 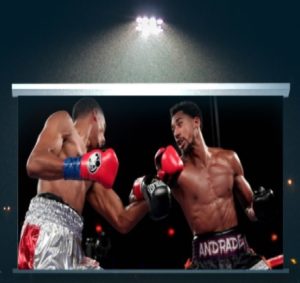