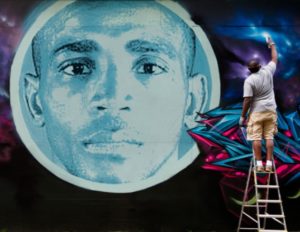 In the main event WBA Super champion Erislandy Lara put on a master class clinic in his defense over Terrell Gausha. While the crowd in attendance was not happy and most were unable to appreciate how easily Lara was able to handle Gausha he did so without threat. The straight left hand and angles of Lara left Gausha confused and without answers on how to mount an offense of his own. In the twelfth and final round Gausha managed to have some success but that success came too late. The final scores read 116-111 twice and 117-110 all in favor of Lara. With the win Erislandy Lara improved to 26-2-2 (14) after his first defeat Terrell Gausha stands at 20-1 (9).

The anticipated battle of punchers between WBC belt holder Jermell Charlo and undefeated Erickson Lubin was a short affair. On paper it appeared to be an exciting matchup but the inexperienced 22yr old Erickson Lubin was over anxious and sloppy from the start. He leaned in to land punches, Charlo capitalized with a counter right that landed behind the ear of Lubin stopping him in round one. One the punch landed Lubin fell unable to get up and was counted out in round one. With the win Charlo improved his record to 30-0 (15), suffering his first career defeat Erickson Lubin now stands at 18-1 (13).

In the third co-feature, IBF belt holder Jarrett Hurd and former world champion Austin Trout put on the nights most exciting bout. It would be Trout using experience and superior ring generalship to win early rounds. The combination punching of Trout and constant movement kept Hurd off balance early on. It was a dominate performance by Trout through six rounds as he moved, unleashed combinations then avoided any return fire from Hurd. As the rounds wore on, Hurd slowly took advantage of his reach and started landing punches at a distance swelling Trouts right eye. It would be all Jarrett Hurd from rounds eight through ten, imposing his size and targeting the swollen eye of Austin Trout until completely shut. In between rounds ten and eleven the corner of Trout decided to halt the contest due to his eye saving him for another night. It was a good performance for Hurd despite a tough start, it’s a learning experience that should make him a smarter fighter in future bouts and hopefully he takes advantage of his massive reach earlier if he can manage to do so Hurd could become a dominate title holder.