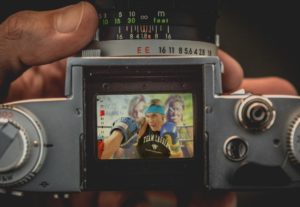 Mikaela Laurén (29-4, 13 KOs) believes her power could prove too much for Cecilia Brækhus (31-0, 8 KOs) when she challenges for the WBC, WBA, IBF, WBO and IBO World Welterweight titles on Saturday at the Oslofjord Convention Center in Stokke, Norway.

The Scandinavian rivals meet in a repeat of their 2010 World title contest, and Laurén, the former WBC Super Welterweight Champion, is confident she can hurt the female pound-for-pound number one and put an end to her 31-fight unbeaten streak.

“Cecilia is a very arrogant person but when she feels my power she won’t be so cocky. She might be confident now, but once I hit her, it’s going to wake her up. It’s going to scare her and then I’m going to get her respect,” said Laurén.

“She’s been in the ring with some strong fighters before like Anne Sophie Mathis and Oxandia Castillo, and in those fights you can see she’s not comfortable when she gets caught with heavy punches. I’ve got heavy punches but I’ve also got better technique than both those girls. I’m going to be cleverer in the ring.

“Cecilia has never been down before but if anyone can do it, it’s me. Klara Svensson shook her in their fight, and Klara’s not even a big puncher. She landed the heaviest punch of the fight and you could tell Cecilia was hurt.

“I’ve spoken to Klara and she’s given me some advice. She’s on my side and she thinks I can beat Cecilia. I won’t mention everything she told me but she did say that Cecilia doesn’t really punch hard, and that shows on her record. She has hardly any knockouts.

“I think she is underestimating me. Maybe she thinks I’m still the same fighter I was seven years ago, but I wouldn’t even call myself a boxer back then. I was a novice. I’ve developed so much since our first fight. I’m a completely different fighter now and she is going to see just how much I’ve improved on Saturday.

“I know it will be tough but I’m used to doing it the hard way. Cecilia has had it much easier than me. She’s had a silver spoon in her mouth. She had a big promoter behind her from her first fight. I didn’t get a promoter until after my thirtieth. I’ve had to do everything on my own, and that’s made me hungrier and even more determined to win.

“She’s said I talked myself into this fight but I deserve it, and she knows it. I’ve been waiting a long time for this opportunity. This is my Olympics, and I will do everything I can to win. No one is unbeatable. Look what happened to Klitschko who she has been working with. Anyone can fall from the throne.” 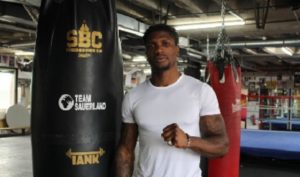 Lawal continues rise up cruiserweight ranks on Saturday in Offenburg