NEW YORK (July 30, 2020) – The New York State Boxing Hall of Fame (NYSBHOF) announced today that its ninth annual induction dinner at Russo’s On The Bay in Howard Beach, New York, has been cancelled due to the coronavirus pandemic.

Originally slated for from April 19,it had been postponed until to September 20, but the next NYSBHOF induction dinner will now be held April 25, 2021 at the same venue. Tickets and journal ads may be reimbursed at point of purchase.

A NYSBHOF committee will meet in the not too distant future to determine if it will induct both classes ( Class of 2020 & 2021 ) next year.

“We waited to see if the City of New York eased restrictions,” NYSBHOF president Bob Duffy announced, “but we are forced to cancel since there will not be enough time allotted for us once restrictions are eased. We have agreed to cancel our event until next year. I want to thank the ownership and management at Russo’s On The Bay for continuing to work with us during this crisis to give us another date. And I’d like to thank everyone for their patience, advise and insight into making this decision. We’re confident that next year’s award dinner will be our best ever.”

Each attending inductee will receive a custom-designed belt signifying his or her induction into the NYSBHOF.

All boxers needed to be inactive for at least three years to be eligible for NYSBHOF induction, and all inductees must have resided in New York State for a significant portion of their boxing careers or during the prime of their respective career. 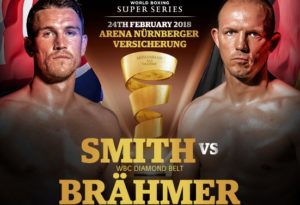