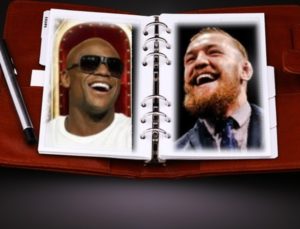 Mayweather promotions had filed a request with the Nevada State Athletic Commission, to host a boxing event on August 26th at the MGM Grand Arena. That request and whether or not it would be approved was on their agenda for the week of  June 12th 2017. On June 13th the request was removed from their agenda, most likely that reason was despite being able to reserve the arena, there were no official contracts in place signed by both Floyd Mayweather and Conor McGregor presented to NSAC for approval. 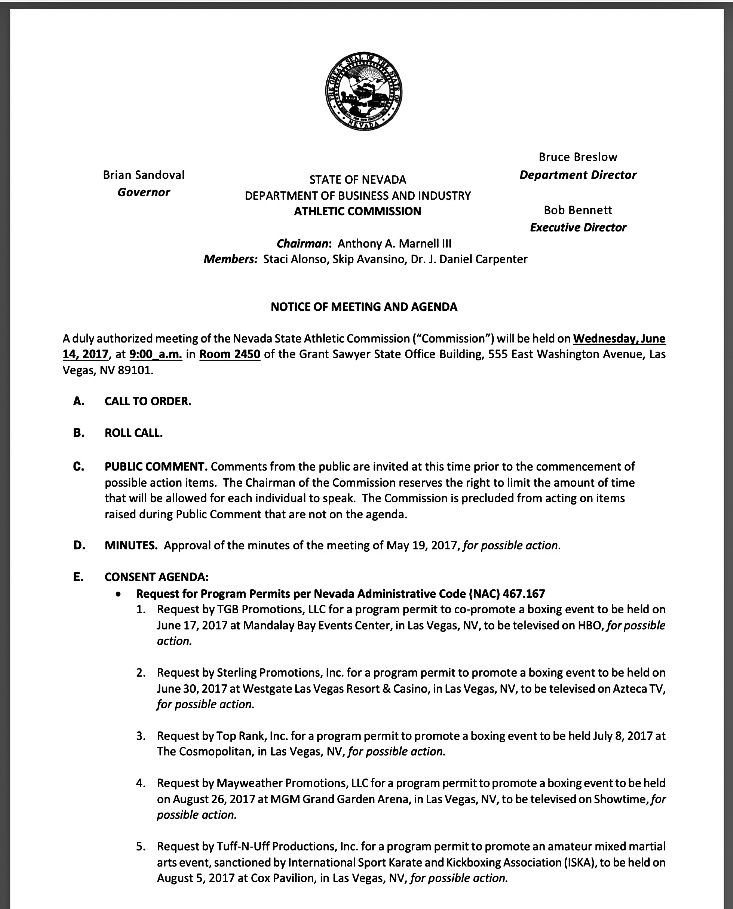 On Wednesday June 14th, word got out that request had been placed back on the days agenda. With that request being placed back on the official NSAC agenda and becoming a priority so quickly, it inclined a signed contract had been presented to NSAC giving them every reason to proceed. At 9:00am PT when the Nevada State Athletic Commission convened, the request by Mayweather promotions to host an event on August 26th at MGM Grand Arena, was a priority. An hour later, according to Nevada State athletic commission chairman Anthony Marnell, the request by Mayweather promotions to host their August 26th event at the MGM Grand Arena had been approved.

As social media buzzes with excitement, fans already scamper to book hotel rooms and reserve flights, this approval does not mean that request was for Floyd Mayweather versus Conor McGregor only to host a boxing event. The fact Miguel Cotto, will be facing Yoshihiro Kamegai that same night for the vacant WBO 154lb title has me questioning this approval being for Mayweather versus McGregor. I don’t see Golden Boy promotions trying to place Miguel Cotto head to head against this event, on the night Cotto fights under their banner for the first time since parting with Roc Nation.

One thing I do know for sure, is whether the fight happens or not Conor McGregor, Floyd Mayweather, NSAC and the UFC are having a good time.