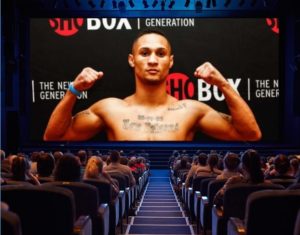 At the Turning stone Casino in Verona NY, Friday night during the “International Boxing Hall of Fame Weekend” DiBella Entertainment hosted an edition of “SHOBOX the Next Generation”. On the card were hot upcoming prospects, veteran journeymen and unknown opponents, all gave an equally enthusiastic effort to entertain not only fans in attendance but watching on TV. In the main event, two of the sports most talked about prospects Joel Diaz Jr and Regis Prograis faced off in a 140lb contest for Prograis NABF super lightweight title.

When the two fighters, entered the ring they had a combined record of 42-0 with 35 of those coming by stoppage. On paper this looked like an even fight, both possessed similar records, KO percentage and were almost identical in size, once the bell rang the bout was far from even, Prograis utterly dominated Diaz Jr two rounds. While Diaz Jr landed some solid blows in the opening round, the moment Prograis let his hands go, Diaz had no answers for the assault.

In round two continuous pressure and Prograis right hands dropped Diaz Jr four times. The final knockdown coming moments before the bell sounded, forcing referee Mark Nelson called a halt to the contest. With the win Regis Prograis improved to 20-0 (17), Joel Diaz Jr in his first loss dropped to 23-1 (19). In his post fight interview Prograis began humble, giving Diaz Jr credit calling him a “Tough Opponent”. When  Steve Farhood stated  “I don’t think anyone will want to fight you after seeing this”  Prograis started screaming into the camera “Terence Crawford I’m coming for you”. While I can understand his enthusiasm, facing Crawford is not the same as facing Joel Diaz Jr, something established more experienced fighters such as Viktor Postol, Yuriorkis Gamboa and most recently Felix Diaz found out the hard way.

In an Super Middleweight contest, power punching Demond Nicholson out of Laurel, Maryland, took on former Canadian amatuer standout Steve Rolls. After scoring a knockdown in the first, Rolls outboxed Nicholson in the second and third rounds. In round four Nicholson turned momentum in his favor, forcing Rolls backwards with power punching winning the fourth through sixth on my card. In round seven after back and forth momentum, Rolls edged it with accuracy. In the eighth and final round, Nicholson would outland Rolls almost 3-1 a late rally from Rolls just before the bell excited fans but was not enough to win him the round.

The televised broadcast started with undefeated lightweight prospect, Jon Fernandez taking on Juan Reyes. It would not take long for Fernandez, who is managed by former undisputed middleweight champion Sergio Martinez to impress the crowd. He dominated the first round with accurate volume punching and at 2:36 of round two stopped Reyes cold. With his win Jon Fernandez improved to 13-0 (11), Juan Reyes now stands at  14-4-3 (2).

Cruiserweight- Lawrence Gabriel 1-1-1  and Damian Lewis 0-4-1 fought to a four round Majority Draw. 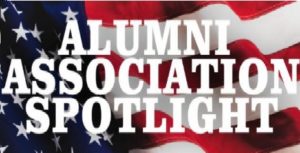 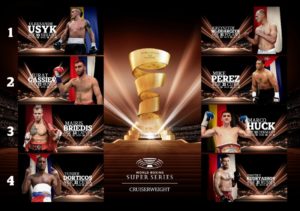