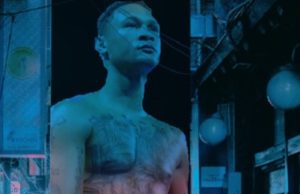 Saturday night at the Lakefront Arena in New Orleans, Top Rank, Sampson Boxing and DiBella Entertainment co-promoted an event headlined by interim WBC Junior welterweight belt holder Regis Prograis taking on undefeated Juan Jose Velasco. This “Mythical” title held by Prograis, which is nothing more than a fancy way to say “Number one ranked” while collecting sanctioning fees, was not the prize on either fighters mind. The winner in this contest would be moving onto bigger things, an opportunity to participate in a second edition of the “World Boxing Super Series” which will feature a junior welterweight, bantamweight and yet to be announced third weight class.

The first several rounds had little action, Prograis stalked Velasco looking to land one big punch while Velasco moved and jabbed. Once the fifth started Prograis stalking of Velasco paid dividends, a clean landed clean right hand to the body put Velasco down and surprisingly not out. The Argentinian would get up and survive the round using movement and a tight guard protecting his ribs. In round six Prograis certain he had his man ready to go, looked again for one big punch that never found its mark until the sixth when another body shot placed Velasco on the canvas.

Once more Velasco would get up off the mat and in-between rounds tell his corner “I had enough” but they insisted he give it one more round. The eighth started with hesitation from Velasco and eagerness from Prograis who let off an assault that prompted the corner to throw in a towel. It would be an official TKO win for Regis Prograis at 1:59 of round number eight and he will next enter season two of “The Boxing Super Series”.

The lightweight co-feature would be between, undefeated twenty year old 2016 Olympian Teofimo Lopez (representing Honduras) and once beaten Brazilian William Silva. While on paper the 25-1 Silva appeared a genuine challenge for the 9-0 Lopez, without a win over an opponent ranked in the top 50, Silva was nothing more than a carefully chosen “Confidence Builder” for Lopez.

There would be little offense and even defense from Silva who absorbed punch after punch from Lopez. A knockdown would be scored for Lopez in rounds one,five and six before referee Bruce McDaniel called a halt to the action. With his win Teofimo Lopez improved to 10-0 (8) while picking up the minor vacant WBC Continental Americas Lightweight Title. This would be the second loss for William Silva who now stands at 25-2 (14). 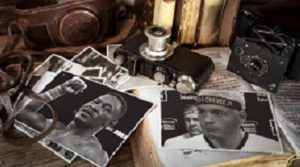