Jose Rivera, RPE CEO: “I’m excited because a press conference means the fights are getting closer. We plan to build our promotional company this year. There is a lot of talent in New England and that’s why we have so many Connecticut fighters on this card. I want the fighters here to understand the importance of a press conference. They will gain valuable experience speaking in public and being interviewed by the media. One of the primary reasons we’re promoting is to give young fighters a platform to box and prepare them for their pro careers.”

A.J. Rivera, RPE President/Matchmaker: “The support we’ve received has been tremendous and we exceeded expectations in our first year. This is just the begining for RPE. We’re going to get better this year. We’re not satisfied just being a small promotional company. Boxing is the loneliest sport in the world and these boxers need fans’ support. There’s a lot of talent in New England and much of it is concentrated in Connecticut. We have more Connecticut fighters on this card than fighters from Massachusetts.”

Richard Rivera: “This is a big opportunity for me. Rivera Promotions accomplished so much in its first year. I fought in the co-main twice of two previous RPE shows I fought on. This is going to be an awesome show, not just the main event. There are competitive boxers up and down the card. Don’t blink, don’t go to the bathroom because any one of these fights could end at any time.”

“This is a big step up for my career. Boxing is my passion. We’re both coming to fight. Win, lose or draw we’ll see who the Alpha dog is at the end. “I’m ‘Popeye The Sailor Man’, and I’m good to the finish because I eat my spinach.”

Kevin Cobbs: “I respect Rivera and believe in what I hear. He seems like a good dude. I’m excited about this fight. A lot of people weren’t sure about what I was doing because I hadn’t fought in two years when I got the call (to fight Rivera). Boxing took me out of the space was in and I never stopped boxing. This is going to be a big year for the Rivera’s. I like to switch it up and I’m ready to go.”

Bobby Harris, III: “My opponent wants to redeem his brother’s loss to me. I want to thank RPE for putting me in the co-feature in only my third pro fight. My first two fights were a learning experience and this fight I’m looking to make a statement to showcase my talents. I have a lot to prove as the only Worcester fighter on this card.”

Omar Bordoy, Jr: “I’m fighting a tough opponent. Fighting is easier for me than talking up here. I’m fighting a guy from Hartford. I have a lot of love for his trainer and Hartford. I want my hand raised at the end of the fight.”

Derrick Whitley: “I want to thank Rivera Promotions for putting me on this card. I fought on two of their shows last year and came out 2-0. I’m looking to be 3-0. It was a learning experience going from the amateurs to pros. Everybody’s goal is to raise your level. I’m in the best shape of my life for this fight and doing things in the gym I’ve never done before. I’m looking for a stoppage.”

Wilfredo Pagan: “I’m 37 years old and I’ve always had a glad to fight at least one pro fight. A couple of fights fell through but the Riveras opened the doors for me. I put it all into my fights. I was looking for one fight and this will be my fourth. I’m going to be 4-0.”

Carlos Marraro, III: “I want to thank Rivera Promotions for the opportunity to showcase my talents February 10th. This will be my first fight on a Rivera Promotions card, but I’m familiar with most of the fighters on this card.” 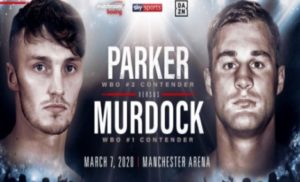