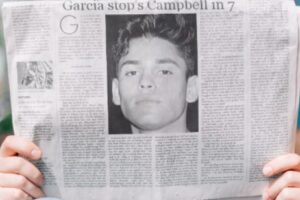 Saturday night on DAZN at the American Airlines Center in Dallas Texas, lightweight contenders Ryan Garcia and Luke Campbell faced off for the number one position with the WBC. In co-features Twin brothers Rene and Felix Alvarado attempted to retain their championships.

In the main event despite Garcia heading into the contest undefeated, many have questioned the caliber of Garcia’s opposition even stating “His opponents have been carefully selected”. It was Luke Campbell the Olympian and former two time world title challenger who despite losing those attempts, gave a credible accounts of himself along with wins over two former world champions expected to answer doubts on Garcia’s ability.

The contest started out with Garcia setting the pace while Campbell used his jab and footwork, in round two a counter from Campbell as Garcia moved in recklessly dropped him for the first time in his career. At the surprise of many Garcia beat the count regrouped himself and finished the round strong.

As rounds three and four passed, Garcia remained the aggressor while Campbell used his reach and footwork to limit that effectiveness. As a competitive fifth neared end, Garcia caught Campbell with a big right hand that visibly hurt him and most likely the bell saved Campbell before Garcia could jump in to follow up on his momentum.

With time to regroup before the sixth started Campbell used his boxing ability to slow the action. As he  looked for an opening to catch Garcia moving in with his hands low and repeat what took place in the second which would swing momentum back into his favor. While Campbell didn’t turn the momentum around he did keep Garcia from capitalizing on the late fifth round punch that had rocked Luke. When the round was over Garcia’s corner admonished him for being overly aggressive stating “Calm down the stopping will come”.

The seventh round was tactical by both fighters with Campbell seemingly having fully recovered, using once again using his counter punching and footwork to keep Garcia from rushing in, until a fast left hook to the body of Campbell from Garcia dropped the two time world title challenger. On the canvas in agony Campbell was unable to beat the ten count and referee Laurence Cole waved off the contests at 1:58 of round seven.

In the co-feature Rene Alvarado faced Roger Gutierrez in a WBA regular Super Featherweight title affair, the pair had previously faced off in 2017 before Alvarado claimed this version of the WBA belts. That night Alvarado beat up, bloodied and forced a stoppage by the corner of Gutierrez in the seventh round.

It was a tough fight fought by both men Saturday, momentum swung back and forth throughout, while the champion pressed the action Gutierrez fought more composed and dropped Alvarado three times over the duration. Those knockdowns were crucial and would win the contest for Gutierrez by a close but unanimous decision with scores of 113-112 on all three official cards.

With a version of the Super Featherweight title around his waist, Roger Gutierrez improved to 25-3-1 (20) while Rene Alvarado drops to 32-9 (21).

In an IBF Jr Flyweight championship contest, belt holder Felix Alvarado (Twin Brother of Rene Alvarado) successfully defended his title stopping IBF minimumweight belt holder DeeJay Kriel in the tenth round of an all action high paced contest. With the win Felix Alvarado  improves to 36-2 (31) while DeeJay Kriel drops to 16-2-1 (8). 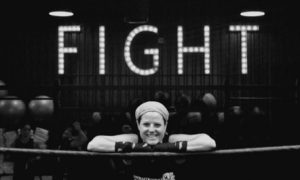 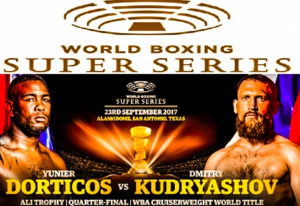