Saturday night on ESPN live from the Osage Casino in Tulsa Oklahoma, a card full of undefeated heavyweight prospects set the stage for a much anticipated vacant WBO light heavyweight title fight between Joe “The Beast” Smith Jr and Maxim Vlasov.

Since the last loss suffered by Smith in March of 2019 to WBA champion Dmitry Bivol, Smith has looked like a different fighter, scoring a split decision win over hard hitting former title challenger Jesse Hart then as a follow up he not only out boxed but stopped former world champion Eleider Alvarez in nine rounds.

Since the last loss suffered by Maxim Vlasov to former cruiserweight champion Krzysztof Glowacki in 2018. He has defeated once beaten Omar Garcia, multi time title challenger Isaac Chilemba and undefeated Emmanuel Martey, all of which not only helped create a genuine buzz but credibility for this being a world title affair.

It was a fast start for both fighter, Smith looked to land his big right hand while Vlasov used awkward angles and combinations to avoid being caught clean. Over the next several rounds Vlasov used volume and angles to baffle Smith very reminiscent to the Bivol contest.

As the midway point arrived Smith looked tired and was taking a lot of shots from Vlasov while he laid against the ropes. As the fifth round  reached its midway mark, there was a concern on Smith’s conditioning and while he landed an occasional right hand there was no follow up before Vlasov again used his feet to evade danger and land combinations.

In the sixth Smith despite still being out landed showed a resurgence, during round seven Smith landed repeatedly with authority hurting Vlasov who somehow managed to absorb the shots while remaining upright.

Over the next few rounds they traded punches and momentum with each man giving well as they took. It seemed like Vlasov would once again remain momentum in round ten, just seconds before the bell sounded Smith stopped Vlasov in his tracks. The bell sounded before Smith follow up with another shot.

Once the eleventh started Smith came out strong hurting Vlasov several times early, looking to regroup Vlasov began moving and holding anytime Smith came in range. An accidental punch behind the head of Vlasov from Smith, caused more by Vlasov turning his head rather than recklessness by Smith sent Vlasov to the canvas. It was wrongly called a foul by referee Gary Ritter who allowed Vlasov to walk and get instruction for nearly thirty seconds. Only Joe DeGuardia the promoter of Smith yelling to the ring catching Ritter’s attention did he send Vlasov to a neutral corner prior to resuming the fight. It was an error that very likely cost Smith a stoppage win due to time running out ending the round.

The twelfth and final round was close as Vlasov landed more but Smith with more authority, both fighters threw punches up until the final bell bringing those in attendance to their feet showing appreciation for a great fight.

With the win Joe Smith Jr improves to 27-3 (21) and is now the WBO light heavyweight champion of the world, Maxim Vlasov now stands at 45-4 (26) and despite his loss proved he belonged in with the top names at 175lbs.

In the co-feature undefeated heavyweight prospect Efe Ajagba after a slow start, found his range and dispatched opponent Brian Howard inside three rounds with a clean right hand sending him to the canvas. There were no signs of Howards making it to his feet so referee Tony Crebs rightfully halted the contest immediately. With the win Efe Ajagba improves to 15-0 (12) while Brian Howard drops to 15-5 (12).

This win now has Ajagba in a position where if we are to consider him as a genuine contender, his next fight needs to be against an opponent of higher caliber. While Ajagba appears to possesses all we like to see in a fighter his best opponent to date has been Amir Mansour who was forty five at the time and coming in off a stoppage loss against Croatian Olympic Bronze medalist Filip Hrgovic.

Twenty one year old heavyweight prospect Jared Anderson improved to 9-0 (9) after dropping Jeremiah Karpency 16-3-1 (6) twice before scoring a stoppage win at thirty four seconds of the round. 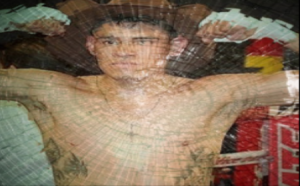