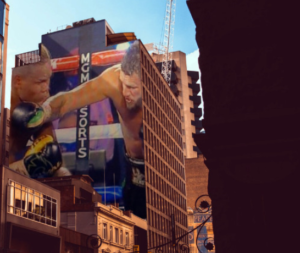 On paper the main event was intriguing and while most predicted a wide points win for the former title holder. The difference between Alvarez and Dmitry Bivol who completely dominated Smith is, Alvarez normally has a low punch output. That low punch output would surely allow Smith to make it a dogfight.

The only question looming for most was “Can Alvarez avoid that Joe Smith right hand so many other fighters have fallen to including Bernard Hopkins?”

We seen a different version of Joe Smith Jr on Saturday, as with his previous bout against Jesse Hart we seen the newly incorporated stiff jab in Smith’s repertoire. There was also added combination punching to the body and the two along with Smiths power paid dividends.

When Alvarez would get on his toes and attempt to score points from the outside, Smith would cut the ring off and use his own jab followed by a right hand downstairs to slow Alvarez down. As rounds passed anytime Alvarez adjusted his approach in an attempt to frustrate Smith, He found Joe keeping in sync one at all times.

A thunderous right hand in the ninth round followed by a jab that landed flush on Alvarez’s chin would detach him from his senses. While referee Tony Weeks counted Alvarez did attempt to get up and continue but he was clearly out of it forcing Tony Weeks to wave the contest off.

In 2016 when Joe Smith Jr stopped Bernard Hopkins, sending him through the ropes and into retirement most thought it was a case of “One Fight Too Many” for Hopkins. When Smith suffered two lopsided losses afterwards to Sullivan Barrera and Dmitry Bivol that opinion was reinforced for many. Having two wins in 2020 over superior boxers where Smith brought not only that power he is known for but added  boxing technique.

I think its safe to say while Joe Smith Jr still embraces his “Common Man” persona, he is no longer a common fighter and the light heavyweight division just got that much more exciting because of it.

On the undercard one of boxing’s busiest fighters, Middleweight Clay Collard in his eighth fight since September of 2019 scored a second round TKO over Maurice Williams. With the win Collard improved to 9-2-3(4) while Maurice Williams drops to 7-2(3).