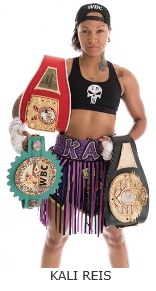 Reis won the WBO Title April 16, 2016, defeating Maricela Cornejo in New Zealand but lost it in her first defense as she traveled to Germany to take on Christina Hammer in her last fight on November 5th of last year.  Reis is known for her all action style and always brings a large contingent of fans to her fights.

Curry has fought many of the top females in her division and the tough southpaw has given all of them hard fights.  Curry was stopped in her pro debut, but since then has gone the distance in every fight.  She has battled with the likes of Melissa St. Vil, Melissa Hernandez, and Mary McGee.

Many local standouts will also be appearing on Thursday, May 11th, including undefeated Jr. Welterweight Danny Gonzalez (13-0-1, 5KO’s) Woodhaven, NY who faces the dangerous Bryne Green (7-10-1, 3KO’S) Vineland, NJ in an 8 round bout. 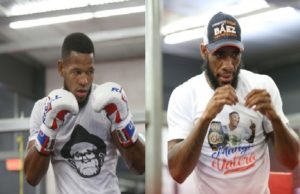