Star Boxing is pleased to announce the signing of WILLIAM “BABY FACE” SILVA (27-2 15KO’s), who will be closing out 2019 with a bang when he faces undefeated California-born, ARNOLD BARBOZA JR (22-0 9KO’s) at The Cosmopolitan in Las Vegas on November 30, to be featured on ESPN.

Silva began his boxing career well before his professional debut in 2006. At the age of 7, Silva’s father brought him to a local boxing gym and he never looked back. “My father was a boxer” said Silva, “he fought, as did my brothers.” Silva’s brother, Michele Silva is a professional boxer, fighting out of Brazil. As an amateur, Silva represented his home country as a member of the Brazil Olympic training team. He boasted a stellar amateur record of 135-5.

Campaigning most of his career at lightweight, Silva has had great success since moving from his native Brazil, making Florida his home away from home. Fighting prospects such as Felix Verdejo and Teofimo Lopez, Silva never hides from a challenge. In his last two bouts, Silva steamrolled Joe Forero, dominating the entire fight, ending with a 9th round TKO earning the ABF Continental America’s Title. In February it was more of the same for Silva, as he dominated a 10-round unanimous decision over the tough Juan Ramon Solis (then 25-13 9KO’s). (100-90 (x2), 98-91)

William Silva said this about signing with Star Boxing, “I am extremely excited and grateful to sign a contract with Star Boxing and feel really motivated to show the world that I belong in World Championship fights. I live and train in Plant City Florida, with a great coach Jose Rodriguez, my manager Jody Caliguire, and our entire team is awesome. I am ready to get back to the top of the rankings. I know I can beat anyone in the world.”

Silva is preparing to return to the ring in a thriller against top rated undefeated Barboza in an ESPN bout from the majestic Cosmopolitan in Las Vegas on November 30.  Having last fought in February of 2019, Silva is chomping at the bit to get back into the ring.

Manager JODY CALIGUIRE had this to say about Silva signing with Star Boxing, “Team Silva is very happy to have signed promotional contract with Star Boxing. We look forward to competing on great events and having the opportunity to compete soon for a world title. At 27-2, with 15 KO’S, Silva is a proven excellent boxer. We want a world title shot in the near future. Silva, now lives and trains in Florida, and we have the team in place to insure each time he walks in the ring he will be ready to win and convincingly. This man is a true professional and great boxer. Thank you to Joe DeGuardia for allowing us to be part of your great team.”

CEO JOE DEGUARDIA said this about signing Silva, “Silva is a very talented fighter who we are very excited to work with. We believe that with the team we have in place, the sky is the limit for Silva, and we are looking forward to closing out 2019 with a great fight in Las Vegas on ESPN!” 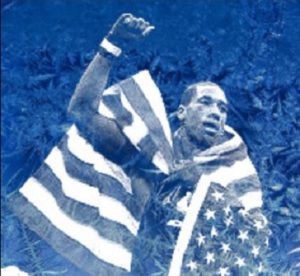