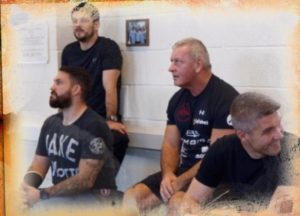 Paul Smith (34) (38-7, 22 KOs): “I think Callum will win by knockout and it could be pretty early. I am not saying Skoglund is a bad fighter, but he is open to some of the shots Callum throws.”

“When you are in there with Callum, he is very difficult to keep out of the way and not get hit by.”

Stephen Smith (32) (25-3, 15 KOs): “They are both unbeaten, both world class operators. They will both come out confident in their own ability, but I believe Callum is better in all departments. “

“Whether it takes him three or four or seven or eight, Callum will stop him. It depends on when Callum lands. When he eventually lands his shots, the fight will stop.”

Liam Smith (29) (25-1-1, 14 KOs): “I predict a good fight. I think Skoglund comes prepared, he looks fit. Callum is in there with a good solid fighter, unbeaten. But Callum is there believe me, I have watched him spar. I will probably say Callum wins on points, but don’t be surprised if it goes early.”

Smith: I am the best in the Ali Trophy tournament