Two-time Olympic Gold Medalist and Women’s NABF Middleweight Champion, Claressa “T-Rex” Shields had a very special visitor at her gym yesterday, none other than all-time Michigan great Thomas “Hitman” Hearns.Hearns, from Detroit, is the 1980 and 1984 The Ring Magazine “Fighter of the Year” and the first boxer in history to win world titles in five weight divisions: welterweight, light middleweight, middleweight, super middleweight and light heavyweight.

22-year-old Shields (2-0, 1 KO) of Flint, is currently preparing for her eight-round main event against Mery Rancier (7-8-3, 5 KOs) of Santo Domingo, Dominican Republic for the WBC Silver Super Middleweight Championship at Salita Promotions’ “Detroit Brawl” on Friday, June 16, 2017 at the Masonic Temple in Detroit.

“I came out to see her because I want her to do well. I think it’s wonderful that a female fighter is the best from Michigan right now,” said Hearns. “The world is all about change and this is change for the better. I feel good about it. The champions from the past from Michigan are passing the torch to the next great fighter from here and that’s Claressa. The fans in Michigan should come out and help support her because she is the future.”

Shields said she was humbled to have such an all-time great supporting her.

“To have Tommy Hearns come out to my gym means a lot to me, I feel like I’m moving my career in the right direction and getting the right attention. I’m not just some girl putting on some gloves. It means a lot to be the latest big-name fighter to come from Michigan. I’m glad Tommy Hearns chose to come here and it does feel like a passing of the torch. He is very supportive and it feels great to be respected by such a great world champion.”

Shields says her training is going extremely well for her third professional and second championship fight.

“Training so far has been going really good. We’re 29 days out of the fight and I’m in the best shape of my life. I trained hard for my six-rounder and that only went four rounds and I feel like I’m still in shape from that. Now I’m getting ready for eight rounds and I feel great. I’m fighting at 168 pounds and I’m at 168 right now. I haven’t been having weight problems and I’m eating right and running every day.”
Shields promoter, Dmitriy Salita, says Hearns indicated he was very impressed with Shields’ gym work.
“Claressa is the next boxing superstar from the state of Michigan,” he said. “It’s a very special passing of the torch from such a living legend who lives in Detroit as Tommy Hearns. Mr. Hearns, who is a Detroit boxing icon and a great ambassador of the sport, was very impressed with Claressa’s skills and training regimen.”
Salita says he sees Shields’ potential for superstardom and her ability to revive the energy in Michigan boxing.
“Detroit is Americas Greatest Comeback city. We are going to see a revival of world-class boxing, ushered in by a young lady from Flint who despite growing up in very difficult circumstances, is a two-time Olympic Gold Medalist, the most accomplished boxer every to come out of the USA boxing program. This is only her third pro bout, and she is fighting for the WBC Silver title on June 16. We are witnessing something very special here and it’s very ironic that it’s all taking place close to Detroit, which is fighting back for its own recognition again as one of Americas Greatest cities.” 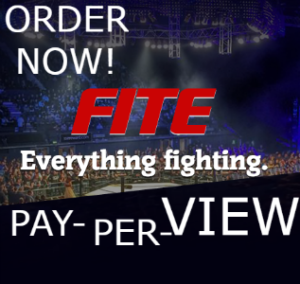