Ultimate Boxxer has announced its new parent brand, BOXXER as it moves into phase two of its entry into professional boxing.

BOXXER founder Ben Shalom announced on Thursday morning that the company is entering phase two, as it looks to work with its fighters over a longer period and step the shows up a level. BOXXER is pleased to announce the signing of its first professional fighter. “Our fan favourite boxing tournament format will remain part of the BOXXER brand,” said Shalom, “We’re still keeping the tournament format. We’ve done six successful events, the fans and the TV broadcasters love the shows. However, we are now also going to be working with the fighters that come through the system long term, under the BOXXER brand in additional large scale shows.”

With Derrick Osaze becoming the first signing for BOXXER, it marks the beginning of a significant movement as the company evolves into a new Millennial boxing brand. Shalom added, “When we first saw Derrick, he was a confrontational character, but he’s also a very good person. I felt like that combination made the right personality. We knew we had a great fighter on our hands.”

“At Ultimate Boxxer 3, we looked at Derrick and saw he was creating something special. We saw his fans and the way they were as happy as he was when he won the tournament. From that day we were thinking about how do we get to the point that we can work with him and today is that day. It’s an excellent move for us, and it’s a massive move for Derrick.”

Osaze (10-0, 2KOs) won the ‘Golden Robe’ after defeating Grant Dennis in the final of an action-packed Ultimate Boxxer 3 in May 2019 and expressed his delight in signing his new promotional contract with BOXXER. “It feels good, I’m excited and looking forward to what’s ahead,” said Osaze, “The guys at BOXXER have discussed their plans for the future, and it’s something I can see myself aligning with. I’m looking forward to seeing what comes out of Ulitmate Boxxer and from myself in terms of my career; it’s exciting times ahead.”

An update on our next event will be announced in the coming days. 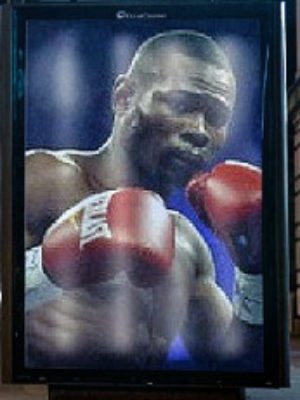