Star Boxing has an exciting regional title fight that will co-feature the September 20 card at The Paramount. Dominican Republic native, JUNIOR “BOMBITA” ALMONTE (12-0 9KO’S), will be defending his WBC FECARBOX Bantamweight title against a talented Michigan super bantamweight powerhouse, ERNESTO GARZA III (10-3 6KO’S).  The critically acclaimed “Rockin’ Fights”series will be headlined by Long Island’s own undefeated super welterweight, TYRONE “PRETTY BOY” JAMES (Elmont, NY 10-0 7KO’s).
Through trials and tribulations both fighters have earned their way onto the September 20 card at The Paramount. Junior Almonte, was an outstanding amateur and shows great promise for the Bantamweight division.  As an amateur he had a record for 92 wins and 8 defeats with 4 victories over highly respected Olympians.  Almonte is world ranked by WBC (#24) .  In Almonte’s most recent bout against ANGELO “EL OLIMPICO” MUNOZ, Almonte showcased his power with a first-round TKO. Almonte is proving to be a knockout machine who is prepared to take the world of boxing by storm, starting with his United States debut.  On September 20th, Almonte for the first time in his young and bright career will fight on American soil at The Paramount and will be looking to finish Garza like he finished his previous six of seven opponents.
Almonte had this to say about the great opportunity that is ahead of him, “The first phase of my training was in the Dominican Republic, and the second phase has been in the US and everything is going well. I am going to do my best to Impress the American fans and I am thankful to be on American soil defending my title. God willing, there will be greater things ahead. I want to do a good job and show that there is talent in the Dominican Republic, and I am just very happy for this opportunity.”
However, standing in Almonte’s way is, Ernesto Garza III, who is more than ready for his shot at the WBC FECARBOX Bantamweight title.  Garza’s pedigree and experience actually exceeds that of Almonte.  As an amateur, Garza holds many National titles including the 2008  national Golden Gloves title at 119 pounds. He finished third in 2009, then fought at 125 pounds in the U.S. National Championships, also finishing third.  As a pro, Garza has taken on top prospects Including several bouts on Showtime.  Garza has fought at weights over 130 lbs, seeking money and opportunity but is now fighting Almonte as his natural 118 lbs division.   In his latest fight Garza dominated JENO TONTE by TKO in round 1.  Garza knows a lot is on the line for him as well, and a win over undefeated  Almonte on September 20, will skyrocket him up the world rankings in the bantamweight division.
Garza had this to say about his co-feature bout on September 20, “First off I would have to thank my Lord and Savior and Jesus Christ for blessing me with this big opportunity and victory and Split-T-Management Davud McWater and Joe Quiambao  for making this fight happen. This will be just the beginning from me and it feels great to win a title that would put me in the ranking of the WBC. The fans can expect the best out of me to give it my all in the ring. I’ll give the fans what they want to see. I’ll be the one forcing the fight. He’s never fought anybody like me before, my resume speaks for itself. It’s gonna be a fight and the fans can expect me to come out on top.”
These hard punching bantamweights come from different parts of the world, but on September 20th  they will meet at The Paramount for what promises to be a thrilling fight. For Junior it’s an opportunity that will open doors for him in the United States. For Garza, it’s a shot to prove he the heralded prospect that he was considered when he came out of the US amateur program at 118 lbs.  This will be a promising fight and will leave little room for imagination.
CEO of Star Boxing, JOE DEGUARDIA, had this to say about the bout, “We are very excited to bring Junior Almonte to the United States against one of the toughest possible guys out there.  Almonte has dominated in the Dominican Republic, and he has his WBC FECARBOX Title to show for it.  But Garza is a special fighter himself.  This is an eagerly anticipated fights by ‘those in the know’ as Garza is a very experienced and tough known quality fighter.  I expect a thrilling fight for the fans at The Paramount come September 20.”

Smith: I am the best in the Ali Trophy tournament

Williams: “I will die before I lose my title!” 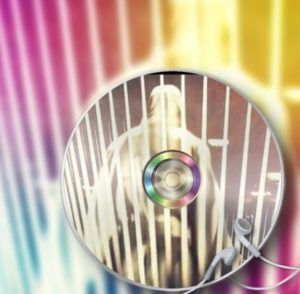 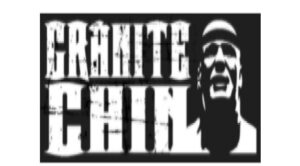