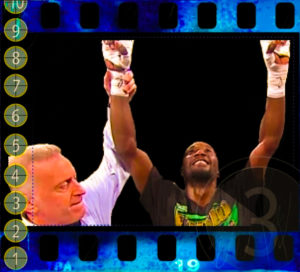 Saturday August 19th LIVE at a packed Pinnacle Bank Arena in Lincoln Nebraska, unified WBC/WBO light welterweight champion Terence Crawford took on WBA, IBF and IBO unified light welterweight champion Julius Indongo. This was the first time since 2004 when Bernard Hopkins stopped Oscar De La Hoya for the unified middleweight championships, had two fighters faced off for all the belts in a division. This was a fight for more than “Titles”, there was a place in “History” being etched for both men.

When the contest started both men seemed a anxious neither wanting to make that first mistake. While Crawford was slightly more relaxed, his nine punches connected made it evident he was not chancing one of those wide powerful hooks of Indongo landing clean. In the second round Crawford began settling in and landed a punch behind the ear of Indongo putting him down for an eight count. Once rising off the canvas, Indongo went straight for Crawford hoping he could even things out, as the round ended Crawford missed a wild left hand.

At the start of round three, Indongo still seeking retribution for the second round knockdown threw wide reckless hooks. As Crawford moved back towards the ropes he looked for an opening, landing clean to the solar plexus of Indongo dropping him for the second time. While Indongo writhed in agony, referee Jack Reiss made the full ten count declaring Terence Crawford the undisputed Super Lightweight champion of the world. With his victory and status of “Undisputed” Crawford improved to 32-0 (23), after his first professional defeat Julius Indongo now stands at 22-1 (11).

While it was a great moment to see Crawford establish 140lb dominance and perhaps rise a few notches in boxing’s mythical “Pound for Pound list”, any true fan has to appreciate Indongo even in defeat. At 34yrs old he just reached the peak of his career winning his IBF, WBA and IBO world titles as an “Opponent” traveling to foreign countries coming out ahead both times. He could have sought an easier fight to hold onto his belts a little while longer but instead did what a champion should by facing the best available.

The co-feature between NABF Light Heavyweight title holder Oleksandr Gvozdyk and Craig Baker started out slower than expected. In his most recent bouts Gvozdyk has been the constant aggressor, dominating then stopping world class opponents Issac Chilemba and Yuniseki Gonzalez. In this fight Gvozdyk played more the role of “Boxer” using footwork along with subtle head movement. As the bout wore on this version of Gvozdyk gave Baker confidence and made the crowd in attendance question this “Buzz” surrounding Gvozdyk as a brutal finisher.

In round six, Gvozdyk turned up the heat almost instantly splitting Baker’s high guard with a right hand then dropped him after a compact right hook connected above his ear. Once back on his feet, Baker would be driven back to the ropes under an all out assault from Gvozdyk forcing referee Celestino Ruiz to save him from further abuse. With the victory Oleksandr Gvozdyk improved to 14-0 (12), Craig Baker now stands at 17-2 (13). 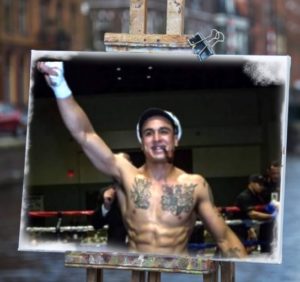