The HOF reception is being held in conjunction with the 2020 Olympic Trials and 2019 National Championships. Dec. 7-15, at Lake Charles Civic Center. The finals Olympic Trials will be held Sunday, Dec. 15, at the Golden Nugget Hotel & Casino in Lake Charles, Louisiana. Hall of Fame broadcaster Al Bernstein from Showtime Sports will serve as the event’s emcee for the third year in a row.

Sen. McCain was the architect of the ground-breaking Muhammad Ali Act, pushed for the pardoning of Jack Johnson, and worked with the Cleveland Clinic on the forefront of brain trauma studies leading to more safety measures for boxers.

“My father had a passion for boxing,” his daughter Megan McCain said. “He loved it for the thrill of achievement, the nobility of struggle, and the dignity of men bloodied but unbowed. His love for boxing and his love for America had a lot in common. That’s why he worked tirelessly to protect and elevate the sport – making it an arena of integrity for fans and fighters alike.

“That’s also why I am honored to join the USA Boxing Alumni Association Hall of Fame to accept their Lifetime Achievement Award on his behalf.”

Foreman (pro: 76-5, 68 KOs, amateur: 22-4) was also a three-time World Heavyweight Champion as a pro, in addition to famously winning a gold medal at the 1968 Olympics in Mexico, as well as at the National AAU Championships. A resident of Houston, Texas, his victims included Frazier (twice), Ken Norton, Dwight Muhammad Qawi and Michael Moorer.

Considered one of the greatest amateur boxers of all-time, Breland (pro: 35-3-1, 25 KOs), amateur: 110-1) was a gold medalist at the 1984 Olympic Games in Las Angeles and 1982 World Championships. The Brooklyn native was a two-time World Welterweight Champion as a pro. His most notable victories were versus Steve Little, Rafael Pineda and Lloyd Honeyghan.

Mitchell has been in boxing for more than 60 years, first as a boxer, but he’s much better known as a world-class boxing coach. He has been the boxing coach at N. Michigan University for decades, in addition to being head coach of the 1996 U.S. Olympic Team, and technical advisor for the 2004 and 2012 U.S. Olympic squads. He was selected as the 1994 USA Boxing Coach of the Year and among the 800-plus national amateur champions he has worked with are Mike Tyson, Floyd Mayweather and Vernon Forrest. He currently trains 2016 U.S. Olympian and world title contender Mikaela Mayer, who will be in attendance supporting her coach.

A legend in Arkansas boxing, Rodgers has been an outstanding coach and extraordinary cut-man, who has been in the corner of world champions such as Wayne McCullough, Jermain Taylor, Iran Barkley and Tommy Morrison. Ray’s decades of service through coaching and mentorship for the youth of Arkansas have established him as a role model and inspiration for amateur boxing coaches everywhere. 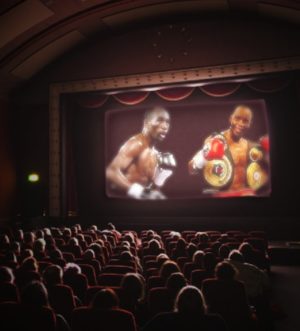