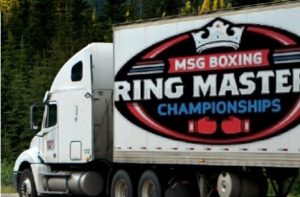 The participants consisted of the state’s top amateur boxers all looking for a coveted spot to compete in “Madison Square Garden” on April 19th.  With county sheriff Adrian H. Anderson, area congressman former two division world champion Tracy Harris Patterson ringside and enthusiastic local crowd supporting participants. This was a throwback event to the days when boxing played an important role in our communities, bringing its citizens together showing civic pride while supporting our youth. 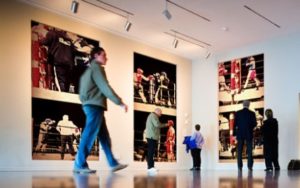 In addition to the nights action, memorabilia auctions took place giving fans in attendance a chance to own a piece of boxing history. A few items auctioned off would be an official time keepers bell autographed by Tracy Patterson, an Earnie Shavers signed boxing glove and “Sugar” Ray Robinson versus Jake LaMotta signed fight photograph.

The nights most coveted item up for auction was a Floyd Patterson boxing robe which drew the highest bids. All the proceeds went towards Hudson Valleys “DC-1013” foundation which helps retired officers who have fallen upon hard times.

Every participant in weight categories from flyweight to heavyweight, win or lose put forth a tremendous effort. The night’s winner’s next stop will be “Madison Square Garden” on April 19th for the finals. Each winner there will place themselves in a position to compete in the national tournament.

These events go far beyond a boxing ring, they develop our next generation of adults and even if for one night, bring communities together for a common cause and create memories that last a lifetime.

Without the dedication of, “The Floyd Patterson Boxing Club”, gyms in attendance, Hudson Valleys DC-1013 Foundation, USA Boxing Metro President and former world champion Sonya Lamonakis along with coaches, officials and USA Boxing metro’s board of directors. These events would not be possible, each deserves to be credited for doing an outstanding job in helping build future champions inside and outside of the ring. 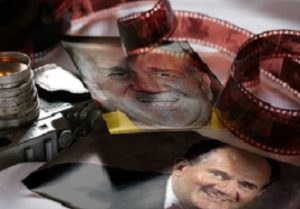