WBO World Champion Aleskandr Usyk on Marco Huck, tactics and Muhammad Ali ahead of the World Boxing Super Series premiere on September 9 at the Max-Schmeling-Halle in Berlin, Germany.

You picked Marco Huck as your opponent in the World Boxing Super Series. How would you describe him?

“Marco Huck is the most famous and prestigious opponent I could have chosen. He has accomplished most title defenses in the history of the cruiserweight division, an extremely experienced man. Huck does not fear anything or anyone and goes for the victory through the fire. He marches constantly forward and tries to determine his fights by all means.”

How do you prepare for Huck?

“I have a tactic specifically aimed at Huck. This is necessary because in my opinion he is one of my toughest competitors in this tournament. But why should I talk about it now and give Huck an advantage that he does not deserve? The surprising moment is on my side now, and I will take this advantage with me in the ring. Huck, by the way, has an advantage because he is at home in front of his audience in Berlin. This definitely makes him stronger, but I love this challenge!”

What do you think of the idea of the World Boxing Super Series and the Muhammad AlI Trophy?

“I can fulfill my dream of unifying all the belts in cruiserweight! I had previously thought about how it would be possible to achieve this goal. Fortunately, the door is now open for the road to glory. In this tournament all the world champions participates and the winner can rightly be described as the best cruiserweight in the world. On top of that the winner gets the Muhammad Ali Trophy. I admire Ali, because he is the biggest role model in boxing. I will thank God if I win a trophy with his name on it.” 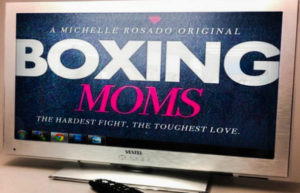