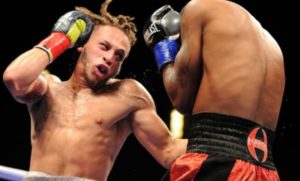 MANCHESTER, Conn. (September 9, 2019) – If not for a critical decision four years ago, 21-year-old “Marvelous” Mykquan Williams could very well be elite amateur training to compete for a spot on the 2020 USA Boxing Olympic Team, rather than the 15-0 rising star that he is today in professional boxing.

Williams (15-0, 7 KOs), who lives in East Hartford (CT), has overcome life-altering obstacles in which his father was murdered when Mykquan was only eight months old, and the family house burned to the ground when he was 10.

Ineligible to compete for a roster spot on the 2016 USA Boxing Olympic Team because he was too young, Williams had two choices: remain an amateur for four years without any guarantees of qualifying for the Olympics, or get a jump start on his professional career. He chose the latter route and hasn’t looked back.

Williams was a decorated amateur whose style, in retrospect, is much better suited for pro boxing than the amateurs. He had a 45-13 amateur record, highlighted by three gold-medal performances at the Ringside World Championships, in addition to capturing top honors at the National PAL and National Silver Glove championships.

“I was too young for the last one,” Williams explained his decision to turn pro when he did.” Williams explained. I ended my amateur career after there were scoring changes. I lost some tough decisions. I decided to take the next step and go pro to get paid. My style was more suitable for the pros. I don’t throw 100 punches a round; I pick my spots when I have openings.

“I didn’t want to wait several years. I chose to turn pro (when he was a senior at Prince Tech). I’m already 15-0, climbing the rankings, and I’m getting paid to do this. I was meant to do this.”

Williams is promoted by Lou DiBella, managed by Jackie Kallen (pictured above to left), and trained by Paul Cichon (far right).

“I believed that Mykey was ready to turn pro,” Kallen commented. “Under Paul’s tutelage he was far enough advanced and eager to tackle the pros. His style was perfectly suited for the pros and at 18 years old he was ready to take the leap. His youthful good looks made him an ideal young prospect.”

My concern at that time was the Olympic Team was no sure thing,” added Cichon, who has trained Williams for the past 10 years. I had the confidence in Mykey, but the risk wasn’t worth the gain. We decided to go pro.”

Four years later, instead of competing against America’s elite amateur boxers in his weight class – Keyshawn Davis, Bruce Carrington and Dalis Kaleiopu — at the 2020 Olympic Trials and USA Boxing’s National Championships, December 7-15, in Lake Charles, Louisiana, Williams is one of the top 21-and-under prospects in 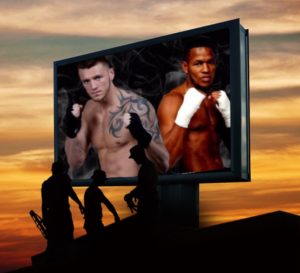 JOE SMITH JR. – THE LIGHT HEAVYWEIGHT DIVISION IS BACK!