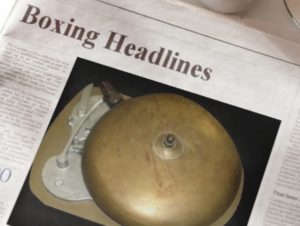 Anthony Yigit (20-0-1, 7 KOs) and his opponent Joe Hughes (15-2-1, 6 KOs) both made weight today ahead of their European Super Lightweight Championship fight tomorrow at the Leicester Arena in Leicester, United Kingdom.

Yigit, from Stockholm, Sweden, will be making a second defence of the EBU strap he claimed with a unanimous points victory over former British Champion Lenny Daws and then retained in a historic hometown bout with Sandor Martin.

The 26 year-old southpaw says he is expecting a tough fight from the former English Champion and British title challenger, but is confident of securing another win before setting his sights of World title opportunities in 2018.

“I’m really looking forward to defending my title again,” said Yigit. “I feel good. I made the weight well and now I’m ready for tomorrow. Joe Hughes is a tough opponent and he has my respect, but I believe I am the better boxer and I’m confident I will defend my title.

I won the belt in the UK so I have no problem coming back here to defend it. I want entertain the fans watching in the arena and also on TV in Sweden. Defending my title for a second time would be a great end to a great year for me. Next year, I want to build on this success and start to challenge for World titles.”