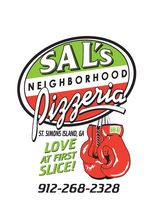 We had a very busy weekend outside of the states, with everyone obviously paying full attention to the great fight of Joshua vs. Klitschko that took place at Wembley Stadium.

There happen to be other boxing under the radar, as there was a card, when Kubrat Pulev headlined from Bulgaria to face heavyweight veteran, Kevin Johnson.

Pulev, who is looking to stay busy until he gets another shot at the world title, that he deserves, took this fight in his home country, against Johnson, who in his last TV fight, saw himself get knocked out for the first time, almost two years ago, against Anthony Joshua. Here, Johnson could surprisingly last the 12 rounds, even though he fought off the ropes for a lot of the rounds and was extremely tired in the later part of the fight. Pulev could still not knock him out, leaving that recognition only for AJ to able to do. It was almost a wash out, as Pulev won on the scorecards, 120-108, 120-108 and 119-109. Clearly it seems Johnson is here to give the better fighters rounds, while awaiting a bigger fight. He is still durable, but clearly isn’t all too focused or in shape if he spends his time fighting, the way he does. It was good for Pulev to get some rounds in, in preparation for a title shot at one of the champions in the heavyweight division.

In the co-feature, cruiserweight prospect, Kai Robin Hanvaa from Norway, put away Laszlo Ivanyi in the 5th round. Havnaa improved to 10-0.

The younger brother of Kubrat, Tervel Pulev, scored a TKO in the third and Albon Pervizaj improved to 2-0, stopping Lazar Stojanovic in the second.

In Mexico on Saturday Night, it was a battle of family pride, as Omar Chavez and Ramon Alvarez battled in a rematch, the week before their two superstar brothers, battle each other in Vegas. In the first fight, Ramon took a points decision victory over Omar. This time, the tune was different as Omar rocked and put away the usually durable Ramon Alvarez in the second round, to even the score in the battle of the two other brothers. It will be interesting if there is a rubber match between the two, now that the score is even at one a piece.

Late Results From The Weekend