Kal Yafai (24-0, 15KOs) put in an impressive performance on his American debut when he stopped Mexican David Carmona (21-6-5, 9KOs) in seven rounds to retain his WBA world super-flyweight title at the Save Mart Arena in California.

The Birmingham star was so desperate to impress the American fans that he neglected his usual outside style with a more aggressive approach.

Straight from the off Yafai was on the front foot connecting with his jab and pushing his opponent back. A left hand caught Carmona on the top of the head which sent him down to the canvas.

Uncharacteristically Kal became reckless in an attempt to finish off the Mexican and ended up walking onto a big left hook that severely buzzed him. With almost half the round left Yafai was swinging wildly leaving himself wide open for Carmona counters.

The champion managed to clear his head in the second round but remained in close quarters while exchanging shots with the challenger.

Yafai produced a dominant third round and was incorrectly scored a second knockdown in the fourth by referee Raul Caiz Sr. The Englishman clearly pushed Carmona down.

The fifth was one of the most bizarre rounds of boxing I’ve see in a while. Yafai put Carmona down for the third time with a beautiful three punch combination. With 10 seconds left in the round the Mexican was down again by what looked like a low blow.

After a time out the referee scored it a second knockdown in the round but deducted a point off Yafai for hitting Carmona when he was already down.

Two more ferocious rounds followed which Kal Yafai got the better of before Carmona’s corner decided to pull their man out of the flight.

The Brummie will be pleased that he caught the attention of the American public and is eager to fight again in the states.

After playing second fiddle to headline act and IBF champion Jerwin Ancajas I’m sure Kal will be looking to share a ring with the Philippine next.

Ancajas did manage to pick up a win by unanimous decision in a less than eventful fight against fellow countryman Jonas Sultan.

Hopefully the next stop will be Ancajas verses Yafai for a unification fight later in the year in what would be a high quality contest in a deep super-flyweight division. 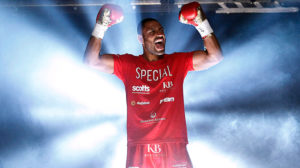 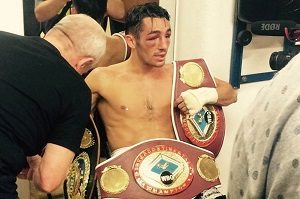