It was a cagey encounter that never really got going until the 11th round when Canelo landed a left hook that sent the Russian staggering back on wobbly legs, before the right hand of the now 3-weight world champ landed flush to put an end to the contest.

With the bout heading towards the 12th round and to the judges scorecards Canelo managed to put a halt to proceedings with a devastating finish.

Thankfully the 3 judges were not needed otherwise Canelo’s historic night would have been clouded by controversy with scores of 96-94 on 2 of the cards in Canelo’s favour and 95-95 on the other.

Many would have had Kovalev in front before the knockout so even if the 36-year-old did manage to survive a bit longer he would have still lost.

After the fight Canelo was pleased that he had executed his game plan of keeping his composure before tiring out his older opponent and knocking him out. The new WBO Light-Heavyweight title holder said:

“It was a very close fight because [Kovalev] was defensive, he was closing up his guard.

“All he was doing was trying to establish points, but we knew what was coming. Inevitably it would come, and everything came out the way we had planned.

“The plan overall was patience, that was basically it – to have patience.

“I’m new at this weight, new in this division. Much credit to him, he’s a great fighter, but we stuck to our game plan. It was delayed a little bit but overall it was successful.”

Kovalev went to the hospital following the fight so didn’t get the chance to attend the post-fight interviews. Where he goes next should be into retirement but Kathy Duva did make a statement on his behalf saying he will still fight on. We will have to see if the he has anything more to offer following his 4th career defeat.

What the Mexican native does next will be of huge interest. Will he stay in his new division at 175 or does he decide to drop back down to 168 or even the 160-pound divisions?

The only fight at Middleweight would be to complete the trilogy with Golovkin. Canelo hasn’t ruled it out as a possibility and we all know the Kazak would take the fight in a heartbeat but it’s Team Canelo that hold all the cards, the Mexican hero said:

If Canelo really wants to establish himself as an all time great and put an end to any doubters then a fight against a prime opponent like Callum Smith at Super-Middle would go along way to cementing that legacy.

At Light-Heavyweight a unification battle with the WBA holder Dmitry Bivol would make the most logical sense but if Canelo really wants to test himself as one of Mexico’s greatest ever then taking on the unified WBC and IBF ruler Artur Beterbiev would make a massive statement. 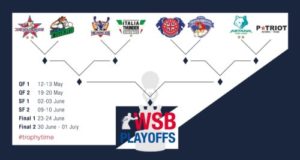