Scottish Light-Heavyweight ‘Johnboy’ John McCallum (11-1) heads into the Ultimate Boxxer 2 with an air of confidence that has an aura of conviction.

The former successful amateur that came out of the same gym as Ricky Burns in the Barn Boxing Club in Coatbridge, Scotland has the belief that he will be victorious in this gruelling tournament which is taking place at the O2 Indigo in London on November 2nd.

Talkin Boxing with Billy C asked the Edinburgh 175-pounder what separates him from the other seven fighters in this competition:

“I just believe that I’m technically better and more superior then everyone else in the tournament.” Said McCallum

“I believe that even with the lack in professional training I have had I am still better, far better then everyone and I’m much more determined and hungry for it.

“When I’m motivated and fit I don’t believe there is anyone in the country that can come close to me. Regardless of their style, I can adapt to all these guys. I’ve had enough amateur fights and I’ve boxed loads of different styles so there’s no one in this tournament that’s any better than me.

“People talk about Dec Spelman and Joel McIntyre being the favourites but I would happily fight them first. I would fight the two of them and then whoever else was left in the final. I believe their styles are made for me.”

Preparations for the 3, three’s – as McCallum likes to phrase it – are completely different compared to a training camp based on longer distances. The 29-year-old gave us a little insight into his training regime:

“I always come out right from the start, so I think it’s suited to my style. I’m sparing different styles, amateurs, pro’s, southpaw’s and short stocky fighters.”

John McCallum’s only loss came controversially against ex-footballer come boxer Leon McKenzie in an Eliminator for the Super-Middleweight British title. Looking back on that loss to McKenzie we asked what experience McCallum had gained and if he had matured as a fighter:

“Definitely, I have matured as a fighter and as a person since that fight. There was a clash of heads that I think the ref thought was a punch and my eye eventually closed. The guys I had in my corner where not professional boxing trainers, so it was inexperience on my part by not having a professional set-up. We felt that I was ahead on the scorecards so even if the fight was stopped I would have won.”

“It is what it is and it’s just a part of history and making me a better fighter.” John McCallum on McKenzie defeat.

There was no love lost between the two in the build-up to the fight, so it was surprising to here that ‘Johnboy’ had added McKenzie to his coaching team. We asked how that come about;

“Leon messaged me on Social Media and we started talking, what he was saying made a lot of sense. He ended up phoning me while I was on holiday in Spain, we had a good long chat and that was that.

“He brings a professional mindset, obviously he was very successful football and in boxing. He also has good experience from his Dad who was also really good boxer.”

It’s been a turbulent couple of years for McCallum who has had his career derailed due to a torn rotator cuff but after surgery the Scottish fan favourite says his “shoulder is starting to feel stronger everyday”.

With the current British Champion Callum Johnson traveling to America to fight IBF Light-Heavyweight Champion Artur Beterbiev this weekend we asked McCallum what inspiration he can take from his former Scottish stablemate from the amateurs, after his long injury lay-off:

“He’s a good boxer that won gold at the Commonwealth Games. Callum’s a nice guy, when he came back he won the British and now he’s fighting for a world title in America. There’s my motivation and there is someone that I want to try and emulate.”

With Ultimate Boxxer 2 the focus for Team McCallum they don’t want to look beyond but we wanted to know what’s the ambition and what is a successful career for the Scottish Light-Heavyweight:

“I want to win the British and test myself at that level, then like any other boxer move on to the European. You never know I might get a shot at someone like Callum for a world title?

“I get motivated by big fights, like Ultimate Boxxer which is starting to get a bit of life back in me. After the Ultimate Boxxer, I want British title fights against big names. That’s the motivation that makes me get up in the morning and, go running and go to the gym after work. The bigger the fight the more motivated I will be.”

We have just over 4-weeks until the first bell sounds at the O2 Indigo and preparations are at an advanced stage so what would winning the golden robe and prize money mean to John Mccallum?

“It would be a great achievement and good to put on my CV. I can pay off a bit of my mortgage with the prize money. I believe it’s my time to win it. I’ve only had one slip up in my career and that was due to not having a professional set-up.

“I now understand the game a bit better, I’m a bit older and wiser and understand how to cut weight better, I believe that I’m going to be too much for anyone on the night.”

We would like to take this opportunity to thank John McCallum for taking the time to speak with me on behalf of Talkin Boxing with Billy C TV & Radio Program. Good luck and we hope to have you back on BillyCBoxing soon. 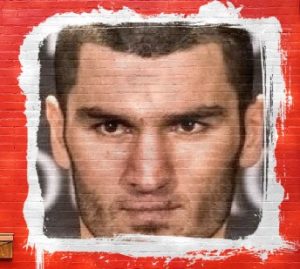 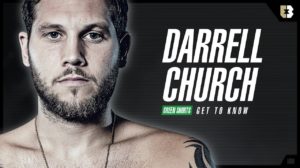