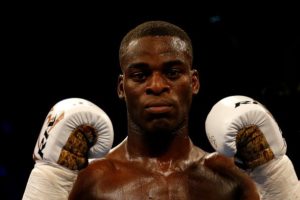 Matchroom Boxing showcased their London stable at the O2 Arena in Greenwich, London on Saturday night. On a card staked with prospects from the Capital, Enfield based Frank Buglioni (20-2-1, 15KOs) retained the British light heavyweight title with a unanimous decision over undefeated Ricky Summers (13-1, 5KOs) in the main event.

‘Wise Guy’ as Buglioni likes to be called showed why he was the headline act of the evening as he produced another entertaining performance against the durable Summers. All three judges scored in favour of the north Londoner 116-113, 115-114 & 118-111.

The British Champion now wants to win the Lord Lonsdale belt outright and then move onto European and World honours. The 28-year-old is also willing to fight current WBA champion Nathan Cleverly.

“There’s no light heavyweight in Britain that can beat me, including Nathan Cleverly, so line them up,” said Buglioni.

The 24-year-old from Croydon looked the real deal when I witnessed his performances in Rio last year but he looked even more impressive in his full professional debut. I expect this kid to be a superstar in and out of the ring.

“I was expected to win so no need to get carried away”, said Buatsi. “Back in the gym, lots to work on.”

Conor Benn (7-0, 5KOs) made a return to the ring after a seven month lay off and recorded a third round TKO victory over unbeaten Mike Cole (4-1-1, 1KO). It was good to see the Greenwich born youngster back in the ring after a long lay-off.

Although his opponent was also undefeated and on paper it looks like a good victory but Cole did only take the fight 24 hours prior to the event. Even still Benn looked a lot more patient and picked his shots well.

After the fight Benn said: “It was a killer being away from the ring for so long, so I enjoyed returning. I boxed the best I’ve ever boxed tonight.”

Brixton-based Isaac Chamberlain (8-0, 3KOs) knocked out Ryan Crawford (2-3-1, 1KO) in the second round before London rival from Hackney, Lawrence Okolie (4-0, 4KOs) knocked out Russ Henshaw (7-6, 2KOs) in the first round.

The pair clashed at Wednesday’s public workout with some heated verbals being exchanged. There is clearly no love lost between these two and I for one would love to see this fight.

The Billy C Boxing show hate the word marinate but for me this one will have to marinate for at least a year. Eddie Hearn promotes both fighters so it will happen and this is what he had to say:”I definitely wouldn’t want to see that fight happen this year. Maybe next spring, next summer.”

“It’s great to become English champ at 21 in just nine fights, my last fight gave me the experience and I knew I could get him out quickly if I took my time,” said ‘The Big Cheese’

Cheeseman was an excellent amateur and continues to look an outstanding prospect in the pros, definitely one to keep a close eye on.

The Bomber from Watford said: “I’m always learning, doing different things in the gym and I’ve won another title so it’s good. I know Speight was experienced but I used foot pressure, movement and jab to get the win.”

Rest of the Undercards…

Super-middleweight Jamie Cox (22-0, 12KOs) battered Ivan Jukic (24-11, 16KOs) in one round as he prepares to hear his fate in the World Boxing Super Series draw on July 8.

Decent night of boxing and it was great to watch the prospects coming through. The main event was a good old-fashioned British tear up which is always very entertaining. Really looking forward to following Buatsi and Cheeseman’s careers especially. I also hope that Okolie and Chamberlain can continue their rise up the ranks so they can get it on in the ring next year. 7/10 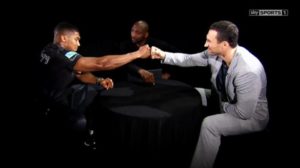