Johnston Brown - My two pennies worth 11 months ago 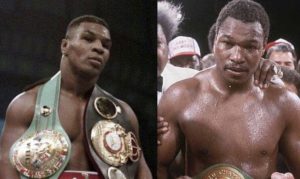 “My power is discombobulating devastating. I could feel his muscle tissues collapse under my force. It’s ludicrous these mortals even attempt to enter my realm.”

Those famous words were uttered by one of the most feared and ruthless heavyweights gloved boxing had ever seen in its 133-year existence. ‘Iron’ Mike Tyson was an intimidating figure with destructive power that dominated the late eighties.

Before the rise of Tyson, heavyweight boxing had a difficult 16-months following the retirement of Muhammed Ali with no recognized world number one and the lineal title rightfully vacant. It was also the first time since 1970 that the WBC and WBA world titles were separated.

The WBA waited for the official retirement announcement from Ali before ordering a fight between two undefeated fighters in John Tate and South African Gerrie Coetzee which the American won by unanimous decision.

While the WBC kicked off the first brainless act in 1978 when they stripped Leon Spinks for agreeing to have a rematch with Ali rather than face their number one contender Ken Norton. Controversially they awarded Norton their title for his victory over Jimmy Young the year before. In Norton’s first defense he lost against undefeated and number one contender Larry Holmes by split decision in a classic encounter.

Although there were effectively two world champions at the same time during the next four years, it was the WBC title that intertwined with the Lineal championship.

Holmes retained his title against Alfredo Evangelista in 1978 and Ossie Ocasio in 1979 by knockout before hard fought wins over Mike Weaver and Earnie Shavers, both were stopped late after putting the champ down.

At the turn of the new decade, ‘The Easton Assassin’ recorded three more knockout victories over Lorenzo Zanon, Leroy Jones, and Scott LeDoux before Muhammad Ali came out of retirement in an attempt of becoming a four-time heavyweight world champion.

On October 2, 1980, Holmes won every round of a one-sided dominant display before Angelo Dundee pulled out the ‘Greatest of all Time’ in the tenth-round. After the fight the new lineal world champion emotionally said, “I fought one of the baddest heavyweights in the world today, and you cannot take credit from him.”

Even though Larry Holmes had beaten a clearly faded Muhammed Ali to be identified as the lineal champ, there was no doubt that he was now the numero uno of the division, irrespective of Mike Weaver collecting the WBA title from Tate a few months earlier.

Holmes continued to dominate the division for the next few years with eight consecutive victories, four by stoppage against top contenders like Trevor Berbick, Leon Spinks, Gerry Cooney, Randell Cobb and Tim Witherspoon from 1980 to 1983.

After the fifth-round stoppage of Scott Frank in September 1983, the WBC flexed their muscles by not sanctioning Holmes’ next fight against Mavis Frazier – son of Joe Frazier – instead they ordered their number one contender Greg Paige. Following Holmes first-round knockout of Frazier he decided to relinquish the WBC championship and accepted recognition as the first World Heavyweight Champion by the newly formed International Boxing Federation (IBF).

From 1984 to May 1985 Holmes clocked up three more title defenses against James Smith, David Bey and Carl Williams before stepping into the ring with the hope of equaling Rocky Marciano’s 49-0 career record against Michael Spinks, the brother of Leon Spinks. On September 21, 1985 Holmes missed the opportunity to make history losing by a contentious unanimous decision to ‘Jinx’ who became the second fighter after Bob Fitzsimmons to win both light heavyweight and heavyweight titles.

In 1986, all three major governing bodies agreed to allow their fighters to participate in a heavyweight unification series which was created by Don King and HBO Sports president Seth Abraham, with the hope of crowning an undisputed champion. The rematch between Holmes and Spinks was added to the series which Spinks won by a fifteen-round split decision on April 19.

Spinks retained the Lineal and IBF titles with a knockout win over Norwegian Steffan Tangstead in four-rounds but was later stripped by the IBF half way through the tournament because he chose to fight Gerry Cooney instead of his mandatory, Tony Tucker. While, Spinks retained his lineal status with a fifth-round knockout of Cooney there was a young superstar that was emerging from the series.

Mike Tyson was only 20-years-old with a record of 27 wins and 25 knockouts before he brutally destroyed Trevor Berbick in two-rounds to collect the WBC title in 1986, becoming the youngest heavyweight champion in history. Next up for Tyson was WBA champion James Smith who managed to take the young starlet the entire distance using grappling tactics but lost by unanimous decision in 1987.

Later that year Tyson, now a unified champion defended his titles with a sixth-round stoppage over Pinklon Thomas before becoming the first ever heavyweight to hold all three major titles when he collected the IBF strap with a unanimous decision victory over Tony Tucker in the series final, dubbed ‘The Ultimate’.

Rather than rest on his laurels and wait for Spinks to cave in to public demand to identify the true champion ‘Iron’ Mike knocked out Tyrell Biggs in seven, Larry Holmes in four and Tony Tubbs in two-rounds.

Finally, on June 27, 1988, Tyson faced Michael Spinks for the right to become the official number one heavyweight in the world. Tyson had plenty of his opponents already beaten before they even entered the ring, but none looked as terrified as Spinks did that night in Atlantic City. Tyson finished the job in just 91 seconds to retain the WBC, WBA, IBF and become the new Lineal world heavyweight champion.

Tyson defended his titles twice in 1989, a fifth-round stoppage over Frank Bruno and a first-round destruction of Carl Williams seemed to secure his status as the unstoppable force. While Tyson was still knocking people out a brand-new boxing organization was created that same year. The World Boxing Organization (WBO) became the fourth governing body awarding Italian Francesco Damiani their heavyweight title after a third-round knockout victory over Johnny DuPlooy.

By the start of the new decade the champ’s personal life was beginning to fall into disarray but in what should have still been a standard defense against Buster Douglas turned into one of the biggest upsets in boxing history. On February 11, 1990 in Tokyo, Japan, James ‘Buster’ Douglas survived an eighth-round knockdown to knockout the ‘Baddest man on the planet’ in the tenth to become the new heavyweight champion but not quite undisputed.

In the aftermath of the victory the IBF recognized Douglas immediately as their champion, but the WBA and WBC refused to do so following a protest from Tyson for the length of the referees ten count in the eighth-round knockdown. After Tyson officially withdrew his appeal Douglas was finally recognized as the undisputed champion.

However, Douglas’ reign was short lived when in his first defense against the former undisputed cruiserweight champion Evander Holyfield – who was promised a title shot against Tyson before the Douglas fight – ended in a third-round knockout loss in October 1990. There was a new heavyweight king in town by the start of the nineties and it was the 31st Lineal Heavyweight Champion Evander ‘The Real Deal’ Holyfield.

Check out the next installment of The Lineal Heavyweight Championship Timeline from 1990-2016. Don’t forget to listen-in to the Talkin Boxing with Billy C Show and follow me on Twitter@JohnnoSE23 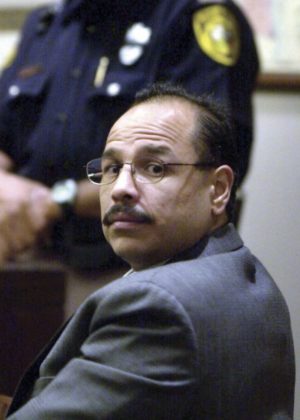