When the original date for the rematch was set in September the hype from their previous encounter was active and relevant. But 14 months down the line you have to wonder what the point is?

I will openly admit that I ridiculed the first fight with no intention of watching it but in the end I gave in and was pleasantly surprised with how it unfolded. This time nothing but the undercard is of interest to me.

Butler has already held the IBF bantamweight title before when he outpointed Stewart Hall in a stunning fight back in 2014. After dropping back down to 115lbs he lost against Zolani Tete in his only professional loss when he was stopped in the eighth round.

Since that defeat the ‘Baby faced Assassin’ has gone on a 9-fight win streak beating decent opposition along the way. In the rematch with Hall last year Butler produced a boxing clinic to win unanimously and set-up this title fight against Rodriguez.

Unbeaten Latino champion Emmanuel Rodriguez is currently ranked as the best 118lb fighter in Puerto Rico and No.13 in the world. In 17 fights he has accumulated 77 rounds of boxing with a 71% knockout ratio and a combined opponent record of 185-92-7.

Rodriguez is somewhat still inexperienced in the pro game with his most notable victory coming against Alberto Guevara in a 10-round unanimous decision in 2016. But don’t let that deceive you as the 26-year-old is being touted as a special talent. Rodriguez was a successful amateur who picked up a gold medal in the Youth Olympics and silver in the Youth World Championships both in 2010.

This is a tough fight to call as both are orthodox and stand at 5’ 6” with similar styles. They will both look to establish their jabs and fight on the outside while throwing left hooks to the head and body. It will be a matter of who has the best timing and fastest hands.

I can see ‘Manny’ as Rodriguez likes to be known getting his distance right and making life difficult for Butler. If the Englishman can counter his opponent and upset his rhythm then he has every chance of getting the win.

My head says Rodriguez but my heart says Butler so I’m going for a split decision in favour of Butler. I believe the experience of the Tete fight will get him just over the line.

Joe Joyce (3-0, 3KOs) steps up his quality of opposition once again when he takes on the commonwealth heavyweight champion Lenroy Thomas (22-4-1, 10KOs).

The 32-year-old from Putney, London has his work cut out against the Jamaican-born southpaw. Joyce is being fast tracked by his promoter David Haye with the hope of following in his footsteps of becoming a heavyweight world champion one day.

The well decorated amateur is over 3-inches taller than Thomas and should have too much for the 33-year-old. Even though this is only ‘Juggernaut’ fourth professional fight I’m going for the big man to win by knockout.

The man from Leeds, England ‘Wardy’ will need to keep his distance from the dangerous and heavy handed Belfast boy. ‘The Assassin’ will look to get on the inside and let his hands go. I cannot see Ward, 26, managing to stay out of range for the whole 12-rounds so I’m going for the 24-year-old Tennyson to win by stoppage in the fight of the night.

Cox, 31, is fresh from a second round knockout victory over Harry Matthews and hopes to get back onto the world stage after losing to World Boxing Super Series finalist George Groves.

The Londoner is 2-inches shorter than Cox but his southpaw stance will cause his opponent problems. That being said three of Ryder’s four defeats have come against orthodox fighters who had that extra bit of quality.

I’m expecting a good scrap where both fighters throw caution to the wind. This really is even-stevens and it will depend on who wants it more on he night. If I was splitting hairs I would have to edge towards Cox.

Rest of the undercard

Light heavyweight Joshua Buatsi (5-0, 3KOs) is back in action when he faces Frenchman Stephane Cuevas (8-1-3, 4KOs). 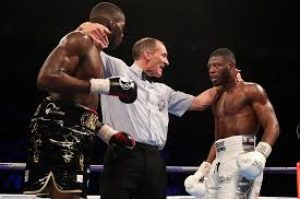 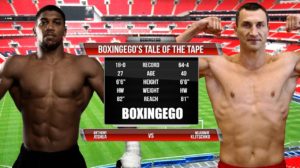