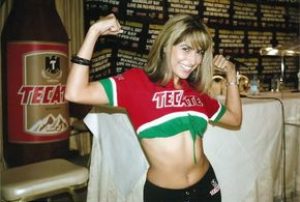 On Saturday night at the o2 Arena in London, Greenwich we were treated to an entertaining night of action. Ohara Davies set the tone nicely when he entered the ring against Derry Matthews to The Undertakers theme music. Not that his performance was anything WWE like but the main event of the evening not only lived up to the wrestling entertainment value but it gave us even more.

For some reason this fight caught the imagination of the British public from the moment Tony Bellew called out David Haye, after knocking out BJ Flores in his first defence of the WBC Cruiserweight title. With Haye the number one contender for the WBO Heavyweight crown at the time, I did not think he would accept. But I should have known better when it comes to David ‘my little toe’ Haye as he jumped at the chance to fight the smaller guy.

The week long build up to the fight was painful to watch and listen to but credit where credit is due, Sky Sports, Eddie Hearn, David Haye and Tony Bellew sold the fight out in minutes.

On the Wednesday before the fight the press leaked that David Haye had been spotted in Munich with a suspected Achilles tendon injury. Haye rubbished the rumours stating that he was fully fit and the fight would still go ahead.

In the first round Bellew connected with the better shots and slipped some wild Haye punches that threw him off balance. In rounds two and three Haye used his jab and tried to throw some big right hands that Bellew took and avoided well. But Haye had his best round in the fourth when he landed a hurtful right-left combination.

Into the fifth and it seemed like Bellew was starting to open up as Haye continued to land his jab to the body and looked dangerous with Bellew on the ropes.

Then in the sixth round the drama unfolded, as Haye seemed to slip after a Bellew right hand. You could see that he was having problems with what looked like his knee? Bellew jumped on Haye for the knock out and eventually he put the 36 year down but he rose to his feet and survived the Evertonian’s onslaught.

Shane McGuigan advised Haye to stay on the ropes for round seven and try to counter the inevitable Bellew pressure. The round ended completely one sided as left and rights continued to connect throughout with hardly any punches coming back from Haye.

With Haye unable to stand up straight and walking around like he’s had far too many cocktails at his Miami training camp, the scouser looked for the defining blow in round eight. Haye had his hands down by his side while the cruiserweight tried to capitalise but he looked slow and tiered probably due to the extra weight he was carrying.

The ninth was surprisingly easier for the Londoner as Bellew threw little more than a jab as he seemed to reserve his energy for the last two rounds. The most eventful moment of the round was a cheap shot to the crown jewels of Tony Bellew.

In round ten Shane McGuigan taped up the Londoners ankle not that it helped as he continued to stumble around the ring. Bellews reserved energy helped him sustain the pressure a little more then the previous round but he was unable to end the fight. Haye landed a dangerous left hand that reminded the scouser that he can still win with one leg.

Into the eleventh round Haye attempted to hit Bellew with a left jab but ended up on the floor. Soon after getting back to his feet Bellew finally connected with a shot to the top of the head that sent Haye through the ropes. He valiantly beat the count and got back to his feet but his corner had seen enough and threw in the towel. Tony Bellew wins with an 11th round TKO.

This has to be one of the biggest upsets in British Boxing history and surely ends David Haye’s career. Even if he does make a return for the rematch, I’m sure the £4m he made from the £7m pot will go a long way to soothing his massive ego.

A lot of the press and social media have portrayed this fight as a massive Heavyweight match up and a lot of the British fans have bought into it. I on the other hand have to disagree.

David Haye will get plaudits for managing to fight on with only one leg but I can’t help but be sceptical of his injury. It was his little toe for the Klitschko fight, his shoulder for the fight that never happened against Tyson Fury and now the Achilles tendon? Yes it may have been as it seemed but for me he’s like the little boy that cried wolf.

Tony Bellew should now concentrate on defending his WBC cruiserweight title before he’s stripped. Instead of even thinking about fighting anyone like Deontay Wilder, not that I think the heavyweight isn’t beatable but his big right hand would flatten Bellew.

I just want to make an honourable mention to Derry Mathews who announced his retirement after his loss to Ohara Davies. He really has been a great servant to British boxing and I wish him all the best for the future. 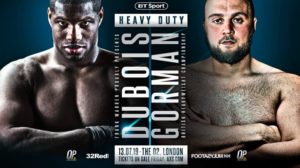