SHAME ON YOU WBC
By: Bill Calogero

Last week I wrote an article about the boxing rankings and how I felt about them overall. Not to beat a dead horse, but it seems that the concept of the rankings have gotten worse in one week!

Although I’ve always said that we can’t base a division on “what used to be” we must be able to shake out the best fighters from the decent ones, and the decent ones from the terrible ones. As much as I, and I know a lot of true boxing fans feel the same, we unfortunately DO need to look at the rankings from time to time to see where the current crop of fighters stand, despite the differences from sanctioning body to sanctioning body. If anything else, it’s a base for comparison for our thoughts and that of discussion.

Of the four major sanctioning bodies, I personally feel that the WBC, is the best one, with the WBO 2nd, the IBF 3rd and the worst of them, the WBA in the four-slot. With that said, I think we all know that a sanctioning body is a business. Businesses are around for one reason; to make money. That’s it plain and simple. How do sanctioning bodies make money you ask? Sanctioning fees of course. Why do you think there are so many titles? Each one costs the fighter money to fight for and to defend.

In my opinion, sanctioning bodies can still make money by ranking fighters based on their skill, NOT the money their teams pay for the ranking. What? You didn’t realize that a fighter, his manager or his promoter can pay for a ranking within a sanctioning body? I’m sorry. I hope your day just wasn’t ruined but that’s a fact.

Since I believe that the WBC is the best of the four, I will focus on them and a couple of moves recently that prove my point.

On July 30, 2022, one of my favorite fighters stepped back in the ring after a long layoff. Danny Garcia was a former Jr. Welterweight and Welterweight World Champion and was regarded as one of the best pound for pound fighters out there. Nineteen months prior to his return to the ring, he lost a 12-round decision to Errol Spence Jr. He was no doubt devastated from that loss as he has publicly stated. His decision to return to the ring and the obvious dedication he put into that return was on full display when he fought and beat Jose Benavidez Jr. in Brooklyn that night.

Leading up to the fight, I did a Talkin Boxing with Billy C show and was previewing the fight. I would be lying if I wasn’t shocked to see that the WBC had already had Danny ranked at number five in the Jr. Middleweight Division. I am in no way, shape or form discrediting Danny Garcia for this ranking, however, how can the WBC rank a fighter at number five, which is an excellent ranking, when he hadn’t fought in over nineteen months AND never fought in that division before during his professional career?

YouTube Phenom Jake Paul was scheduled to fight Hasim Rahman Jr. on August 6 in New York. They both had been promoting the fight. One week prior, the fight fell apart because Rahman could not make the agreed upon weight, which was 205lbs. Paul went to his ace in the hole, his social Media platforms and blasted Rahman. After a slew of back and fourths via social media between the two, the fight and the rest of the card was cancelled. In my opinion, as I have stated publically, I felt that Paul should have fought at 215lbs and cut Rahman’s purse substantially because should he have done that, and won, I wouldn’t be able to write this piece right now. It didn’t happen, so…..

Let’s keep in mind here that Rahman is a professional fighter. No matter how you feel about his talent, the kid is a true professional prospect. He’s nowhere near the caliber where he should be ranked and thankfully he’s not ranked in any of the major sanctioning bodies but he’s a prospect nonetheless.

Jake Paul on the other hand, as of today, is a “wanna-be professional fighter”. This could change of course, but let’s face it, the facts are the facts. Jake Paul is 5-0 (4 KO’s). In any other circumstance, I think he would be regarded as a prospect. HOWEVER, in Jake’s case, his five wins were against a fellow YouTuber, an NBA star and two over-the-hill MMA fighters. Not one of these opponents can or should be regarded as a true professional boxer. Cut and dry, right? Umm, no.

It was reported earlier this week that the WBC is prepared to actually RANK Jake Paul! Is the WBC ranking him on his boxing ability like they should? No. They feel that because he is a phenom on social media that he deserves respect which in the WBC’s opinion is a ranking.

The WBC had said should Paul have beaten Rahman then he was going to be ranked. The fight never took place, so how could he even be considered for a ranking. EVEN if the fight did take place and Jake Paul beat Hasim Rahman Jr. (which I personally think he would NOT have), I don’t feel that he should have made the rankings. Rahman isn’t ranked. Beating him, then maybe another real fighter and depending on how the fights were won, MAYBE someone could make the argument for Jake Paul. None of this has happened as of today.

Let’s be real here, should the WBC or any of the major sanctioning bodies rank Jake Paul now or before he beats two or three real professional fighters it would be nothing less than a complete joke.

I know Jake Paul comes to fight when he steps into the ring. I know he’s serious about boxing. He trains hard and is prepared. He’s not doing it for the money, which he has plenty of, he does it because he loves boxing. THAT I RESPECT! I never met Jake and hope to someday, but as of today, he still has a lot to prove. Another important thing about Jake Paul is that he brings a lot of fans, and of course the revenue that goes with the fans to our sport, but we need to preserve some of the small about of integrity left in the sport of professional boxing.

Shame on you Mr. Sulaiman and the WBC for even considering, let alone publicly stating you were and still are considering ranking Jake Paul. For the good of boxing, please wait until he accomplishes more inside the ring against real fighters before he finds and lands a spot in your rankings. Don’t let this be all about the money, which most of us know it is, but at least wait until he has fought someone that is at least a little credible. 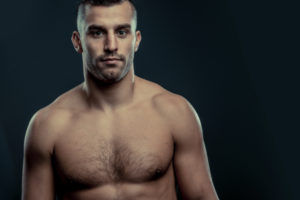 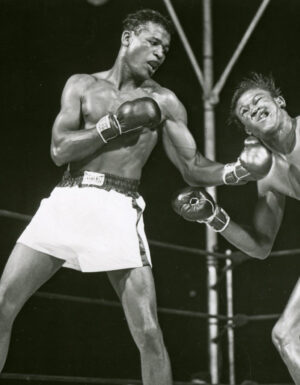